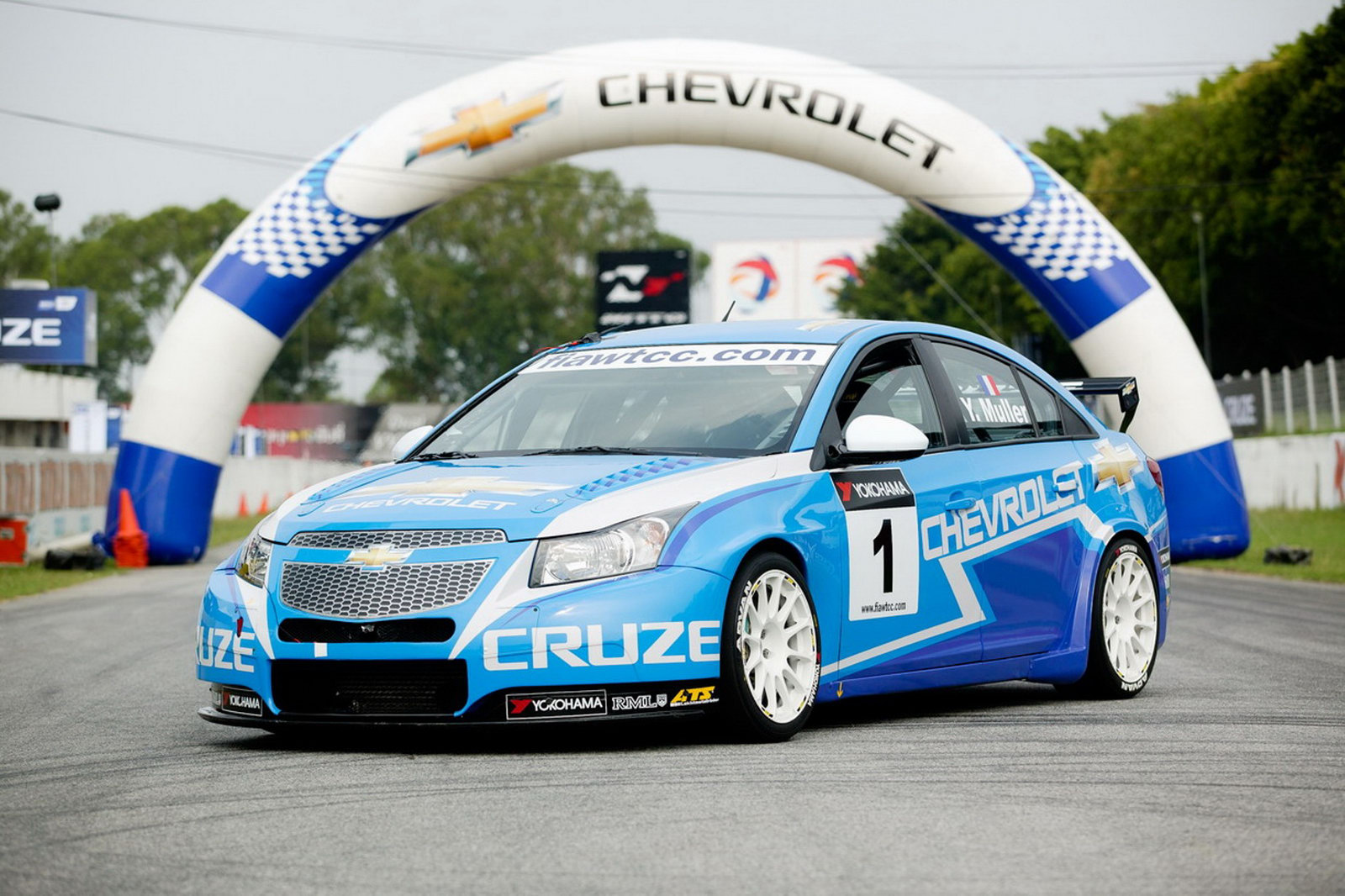 As a 2010 BTCC winner, Chevrolet have quite a bit of a reputation to keep up with with the 2011 model of their Cruze racer.

The vehicle has just been officially revealed and it seems it’s totally different despite appearing to be nearly identical on the outside.

2011 is the season that saw Chevrolet’s Cruze switch to a new engine and that brings along a lot of modifications to the equation.

The new version of the Cruze racer is now powered by a smaller engine, a 1.6 liter unit that comes together with turbocharging which adds a bit of extra grunt and, weirdly, smoothness.

Fitting the 2011 Chevrolet Cruze with the new engine required a new cooling system which came with a few resulting aerodynamic tweaks.

Since the racer’s overall weight distribution has now been considerably changed, Chevrolet’s racing team had to make a whole range of adaptations to the braking and suspension system as well.

Heck, there’s such a long list of changes on the car that the only thing truly the same are the light blue liveries dictated by prominent sponsorship from Silverline and the drivers.

The 2011 season will see the Chevrolet Cruze racer driven by the current champion, Jason Plato and his “sidekick” Alex MacDowall.