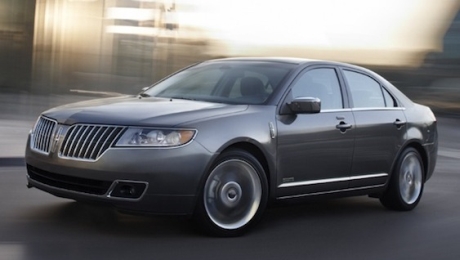 The New York Auto Show is set to start tomorrow and it’s the place where the Lincoln MKZ hybrid sedan is going to have its debut.  Expectations are high for this new Lincoln as it’s being tagged as the most fuel efficient luxury sedan in the United States.

According to Ford’s vice-president, Lincoln is aware of the fact that a luxury car buyer, no matter how ecologically minded he may be, is not willing to make any sacrifices and this will be the customer the Lincoln MKZ is targeting has the hybrid set to come to life next year will be a luxury sedan just like any other in terms of comfort, will deliver technology in spades and at the same time keep up with the environmental criteria that our society now demands.

The 2011 Lincoln MKZ is based on the Mercury Milan Hybrid and the 2010 Ford Focus Hybrid as it is powered by a similar 2.5 liter Atkinson cycle four cylinder engine teamed with an electric motor. If these work together they put down 191 horsepower, but the more important feature of the Lincoln MKZ in comparison the competitors, such as the Lexus HS250h is that it is capable of 47 mph when running solely on battery power where as the Lexus barely manages 25 mph.

Other technologies featured by the sedan predicted to go on sale in the latter part of the year include SmartGauge with EcoGuide, Sync and MyKey.