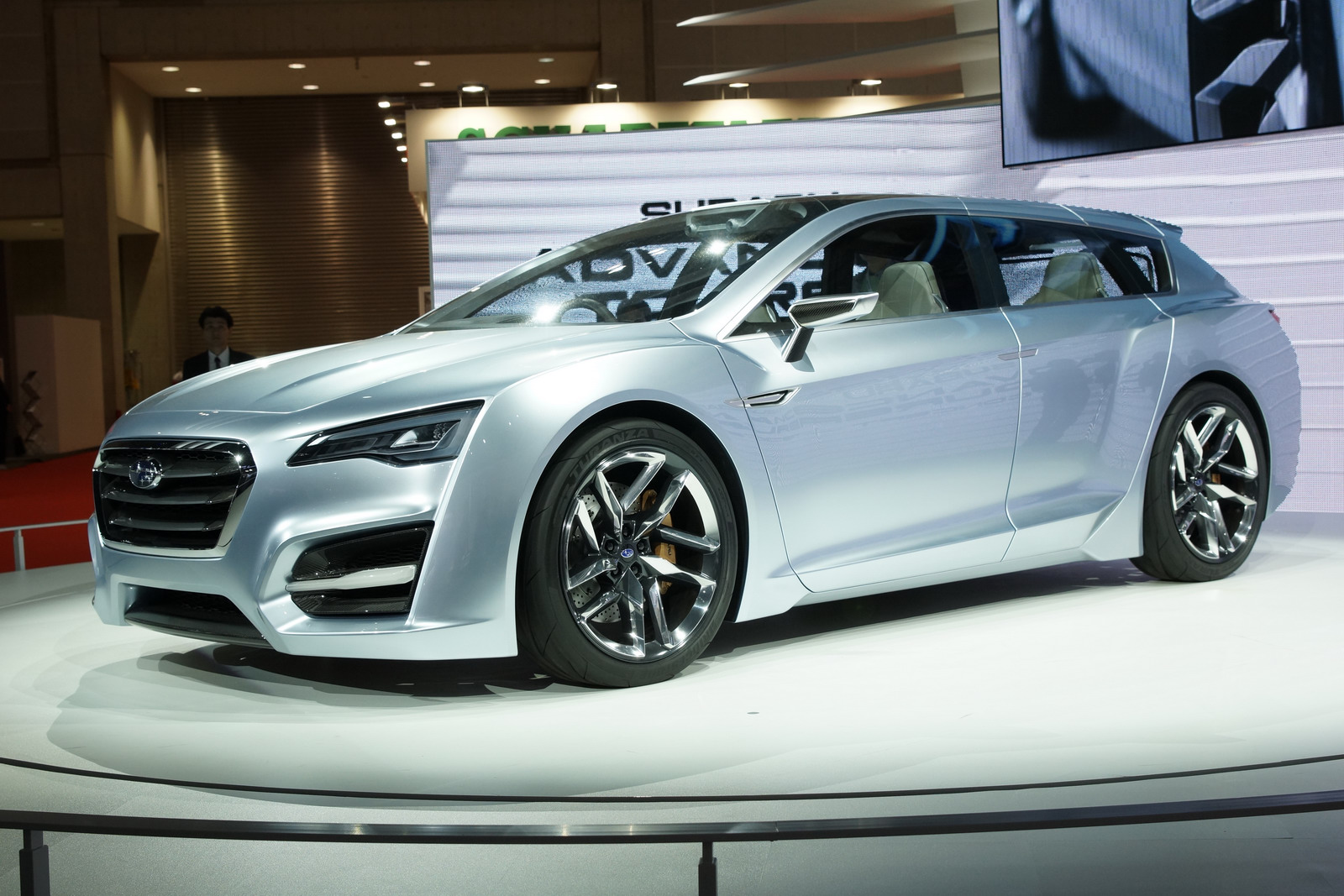 It’s not in every stand at the 2011 Tokyo Motor Show that you can find an unusual, over-styled or simply crazy car. Some of the cars there can be simply awesome.

That’s the case with the Subaru Advanced Tourer Concept. For the moment it’s just a concept that attracts stunning gazes to itself.

The not too distant future however may hold quite the market ready version of the Subaru Advanced Tourer Concept and that’s what it’s all about right now.

As with any concept, there are some new ideas showcased here that will almost certainly never hit the production line in any way shape or form.

Stuff like cabinet rear doors, the funky looking fog lights and the sexy angular dashboard design will only be available on the concept but it doesn’t really matter.

The exterior look of the Subaru Advanced Tourer Concept is just epic (for an estate) and given the Japanese company’s recent history, there’s a good chance of it happening for real.

A special hybrid drivetrain is also quite the interesting treat but we’ll wait for a test drive to clear its approval. We’re talking about a 1.6 liter turbocharged boxer engine that’s teamed to an electric motor and a CVT gearbox.

This system apparently makes the Subaru Advanced Tourer Concept, not only has a safe and lovely four wheel drive system but it also has a practical fuel efficient way of moving about.

When the lithium-ion battery pack is called to action, it powers the electric motor for transportation on very short distances (think cues, tailbacks and the likes) and during start ups.

No official figures were offered but if the Subaru Advanced Tourer Concept can manage slightly better fuel economy than any other car in its class it will be as epic as it looks.