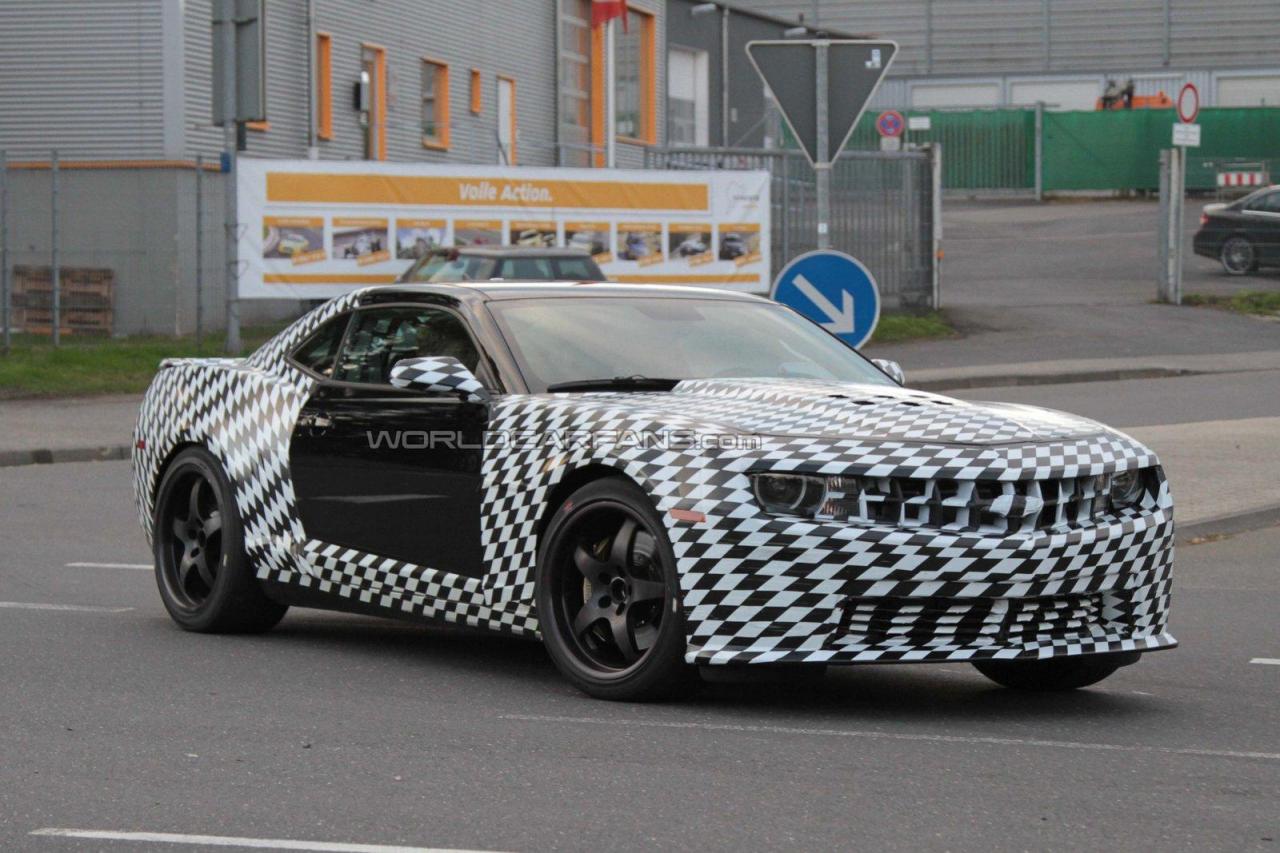 Chevrolet’s really adding the plus points to their Camaro and in their latest idea, we’ve heard of the Z28 entering production.

The Chevrolet Camaro Z28 will enter production on the very first day of the next year.

So what is the 2012 Chevrolet Camaro Z28 actually?

It’s a product that’s referred to as the HP Edition internally and what it really is all about is more performance.

The confirmed for production model will see a Magnetic Ride suspension and some chunky 285F/330R tires to help keep those wheels planted.

And driving those magnetically damped wheels will be, as ever, a V8. Not many details available on it yet but we’re told that a 6.2 liter supercharged engine is what is to be expected.

Having looked along the GM farm, the best possible candidate engine for this car would be the 6.2 liter LSA motor that currently powers the Cadillac CTS-V.

Since in the hot saloon that engine makes some 556 bhp and 551 lb-ft of torque, it’s pretty safe to assume that if this will be the power unit of the Chevrolet Camaro Z28 it will produce some extra grunt.

Since all we know so far is that production will start on the 1st of January 2012, the model year should be the same with an official launch date for the Camaro Z28 due to be seen a few months later.