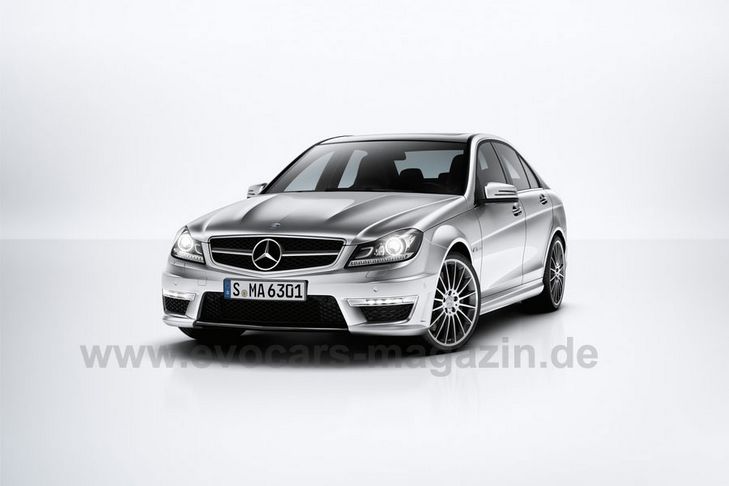 Hardly a few days went by since we first saw the facelifted version of the Mercedes C Class and we’re already looking at some images loaded with rumor of something AMG worthy.

The images we have here are said to be leaks of what can only be described as the hottest and maddest small luxury sedan around.

We’re yet to verify if this is the real deal, the new Mercedes C63 AMG but things do look promising. The information is so poor on this tasty image that we don’t even know if there is a chance of this being a 2012 Mercedes model.

The images were uncovered Germany’s EvoCars and what’s unusual for this sort of leak, the photo has what can be described as a production version of the future Mercedes C63 AMG.

While there’s lots of speculation, imagery and teasing to be done, I’m almost certain this is nothing if not enjoyable. The Mercedes C63 AMG is still loutish looking and brash but it is now slightly more grown up in the aesthetics department.

In the performance department not a word has been uttered but most probably the bonnet will be housing a twin turbo V8 with a 5.5 liter capacity developing several million horsepower in the C63 AMG.