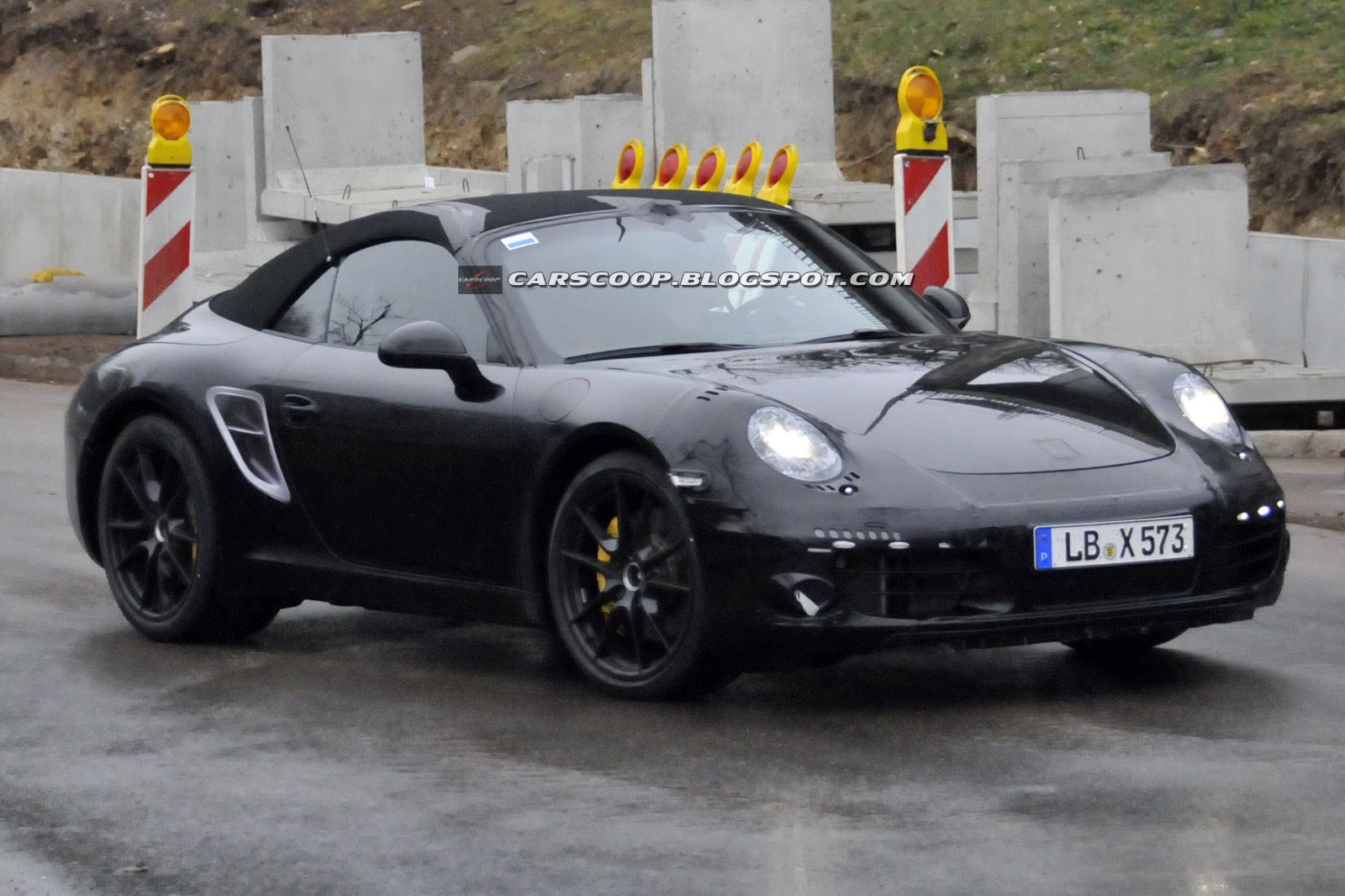 We all know that the Porsche 911 is never really going to change but spying one of the future generations is always something interesting.

What we have here is the 2012 convertible version of the definitive German sports car and doesn’t it look absolutely predictable?

Sure some subtle details are hidden by the light camouflage but we all know that none of them will revolutionize the look and feel of the 911.

The most important bit about the new 911 will clearly be found within the technology Porsche will be packing into it.

A rear placed boxer six cylinder engine is expected to have some new performance levels mated with improved fuel economy and the same impressive reliability level.

Listed predictions include direct-injection, stop/start systems and a general improved platform. It seems that Porsche has gone for a wider track and a longer wheelbase.

While that means that the Porsche 911 will now get better performance but may end up being a slightly more impractical around towns.

Perhaps the Porsche specific improvements will also include enough joy to make 911 enthusiasts keep buying this one to the extent they’ve been doing for 60 years now.