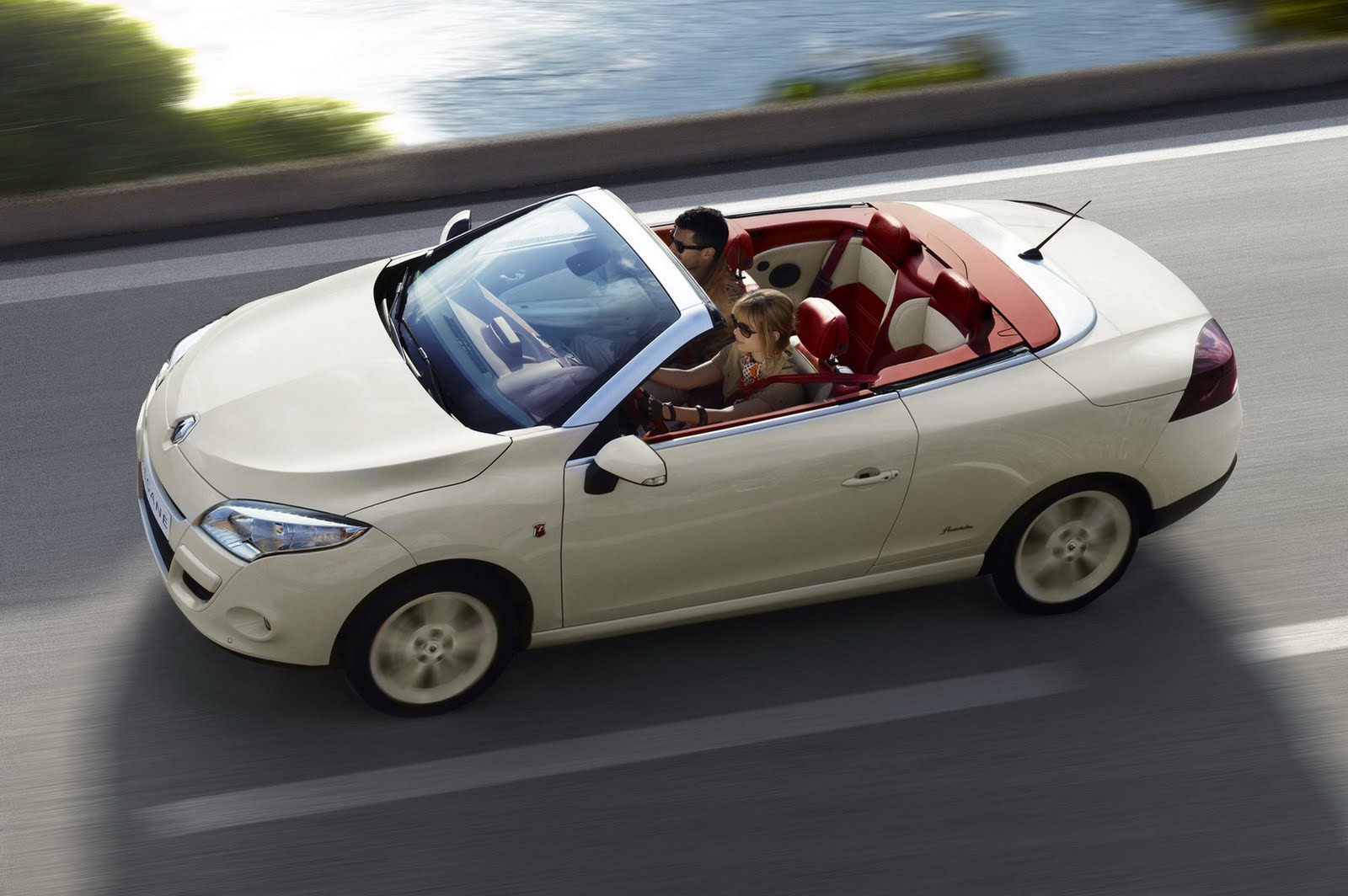 The Renault Megane CC never was a car for much other than appearance and, if spec’d properly, incredible fuel economy levels.

Since the French are proud about their coupe convertible and the stylish ideology, why not make a special edition to showcase just that.

Thus, the revival of an old name to the Renault brand, now participates in the creation of what is the 2012 Renault Megane CC Floride.

Essentially, you get a cutesy coupe cabriolet with a diesel engine 130 horsepower turbo diesel dCi engine that’s teamed to a six speed gearbox.

This is however not a car that’s aimed just at cheap thrills as the 2012 Renault Megane CC Floride features retro badges for the front wings, a two-tone red and ivory interior that’s covered entirely in leather as well as a few other details.

The Floride badge is also present inside the special edition Megan CC without feeling redundant.

It is present on the dashboard in chromed form and it’s almost present on the floor mats and shifter knob though here it is just the “f” that we see.

Throughout Europe, the 2012 Renault Megane CC Floride will be available in a rather common red exterior finish but the lucky French get something more special.

The pictured retro ivory exterior together with the diamond effect 19 inch wheels are only available in “The Hexagon”.

Pricing for the 2012 Renault Megane CC Floride, in France, stands at €33.100 (roughly 45.000 dollars) and though this is a special edition, we haven’t received any information about any limited numbers o it being made.