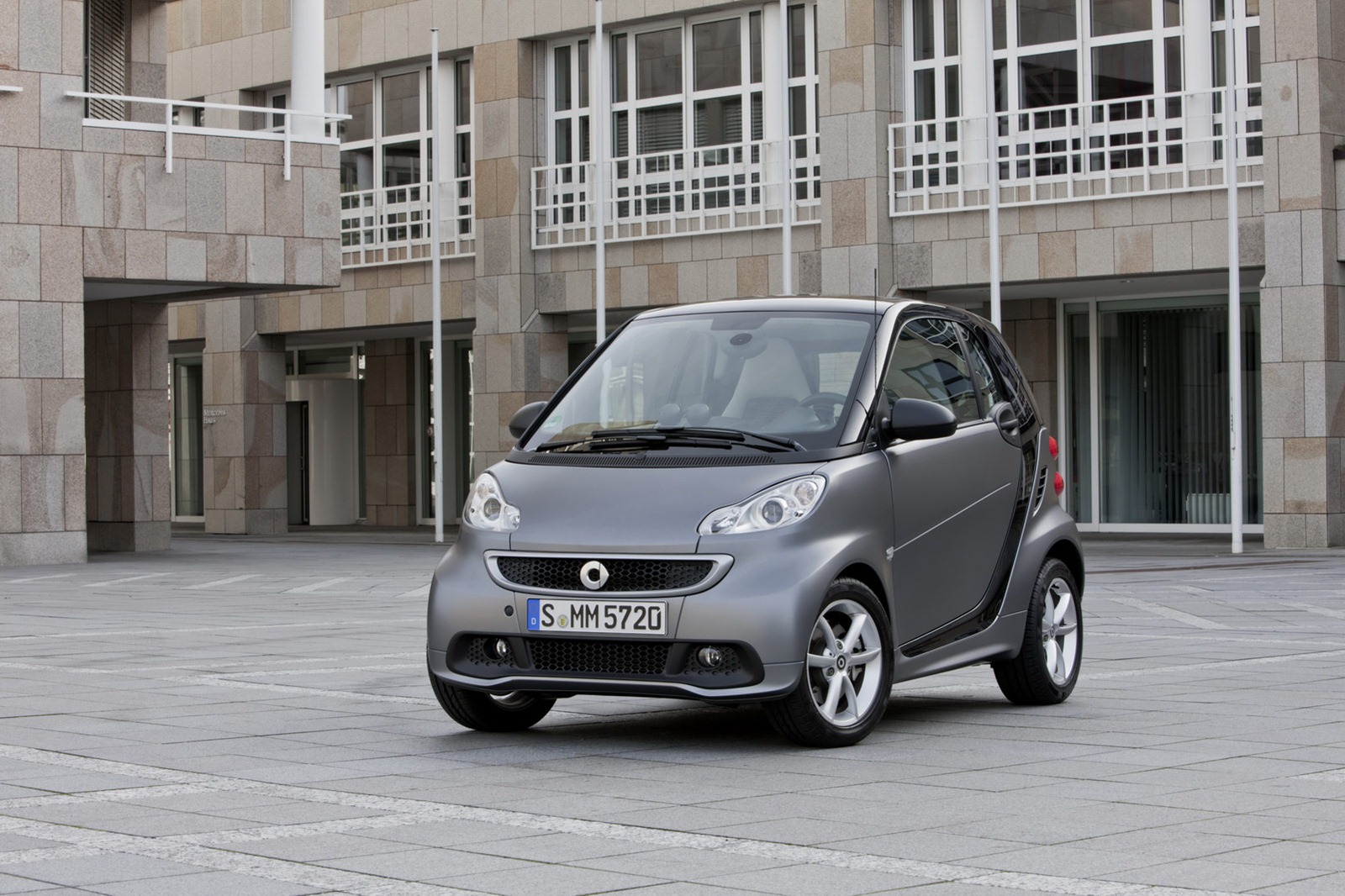 I’ll be honest with you, Smart is one of the few brands of the modern automotive empire that I couldn’t be bothered to follow properly.

Even so, I will admit, the Mercedes owned compact car maker is actually worthy of respect. They’ve stuck by their ideas and principles in the face of adversity.

With sluggish sales, lacking profitability margins and quite a bit of stick from the automotive media, they keep on fighting in there.

To prove this, they’ve decided to take their core product, the Smart ForTwo into 2012, by giving it a small (no pun intended) facelift.

The newly refreshed model will be unveiled at the Geneva Motor Show scheduled for March and it will take some walking around.

Not because it gets bigger, but because the facelift Smart gave their 2012 ForTwo is one of those really hard to spot jobs.

Once you do that you notice the slightly bigger radiator grille, the integrated “Smart” logo and the refreshed lower body kit.

A bit of novelty comes in the matte paint we see in the pictures and the slightly better interior materials used inside the 2012 Smart ForTwo.

Finally, the drivetrain lineup as well as the rest of the running gear are pretty much identical to the ones the previous generation of the Smart ForTwo got us used to.

There’s no word available on pricing though but it’s highly unlikely that we’ll spot any major changes on that front either.