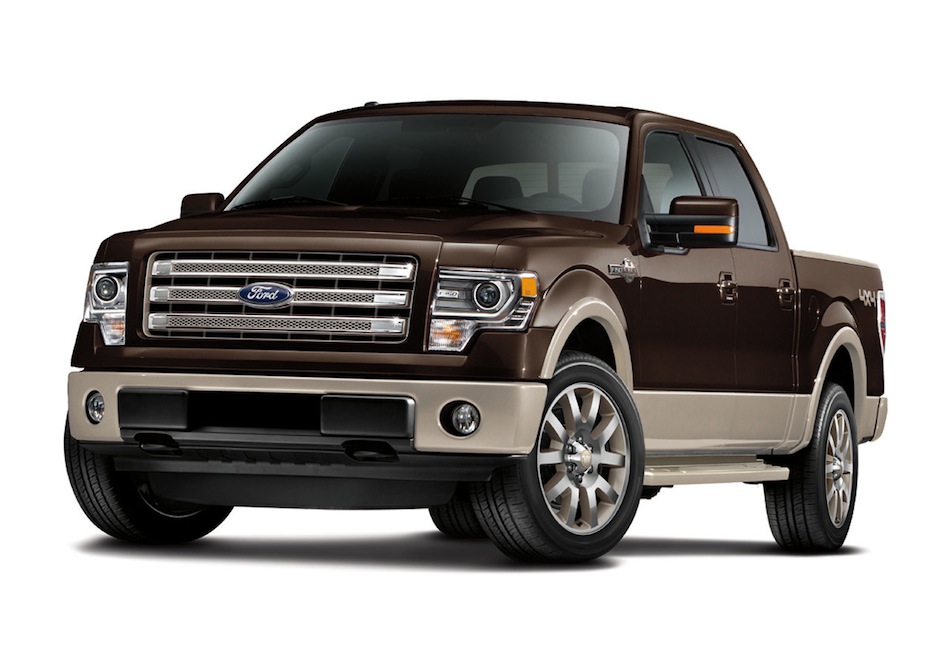 At the same Texas State Fair where the rivals at Ram introduced their new 2500 & 3500, Ford turned up with something special. Literally.

They brought along a special edition of their 2013 Ford F-150. The F-150 needs no introduction, after all there’s plenty of stats on it left and right.

King Ranch is also pretty popular but we might want to stress out that it’s among the biggest ranches in the world.

In Texas, that means a lot. Also in Texas, the pickup truck means a lot so a collaboration between these two entities makes a great deal of sense.

The 2013 Ford F-150 King Ranch comes with the new facelift of the car (naturally) and with a few special tweaks such as Chaparral leather seats, ambient lighting and metallic accents.

The MyFord Touch infotainment system is complemented by a cleverer bit of technology, hill descent control. This comes as standard and will likely be of great use on the ranch.

While the power folding and telescoping trailer tow mirrors fall into the same category, the HID headlights may not be very convincing.

At least the lights are now powerful to light up the 2500 square mile facility much better than conventional units would ever have a chance.

King Ranch uses just over 200 Ford F-150 trucks but the Blue Oval is generous, it’s ready to make much more of these pickups if you’re interested.

There’s one thing worth mentioning, only two engine choices are available in this version of the Ford F-150, the 3.6 liter EcoBoost and the big V8.