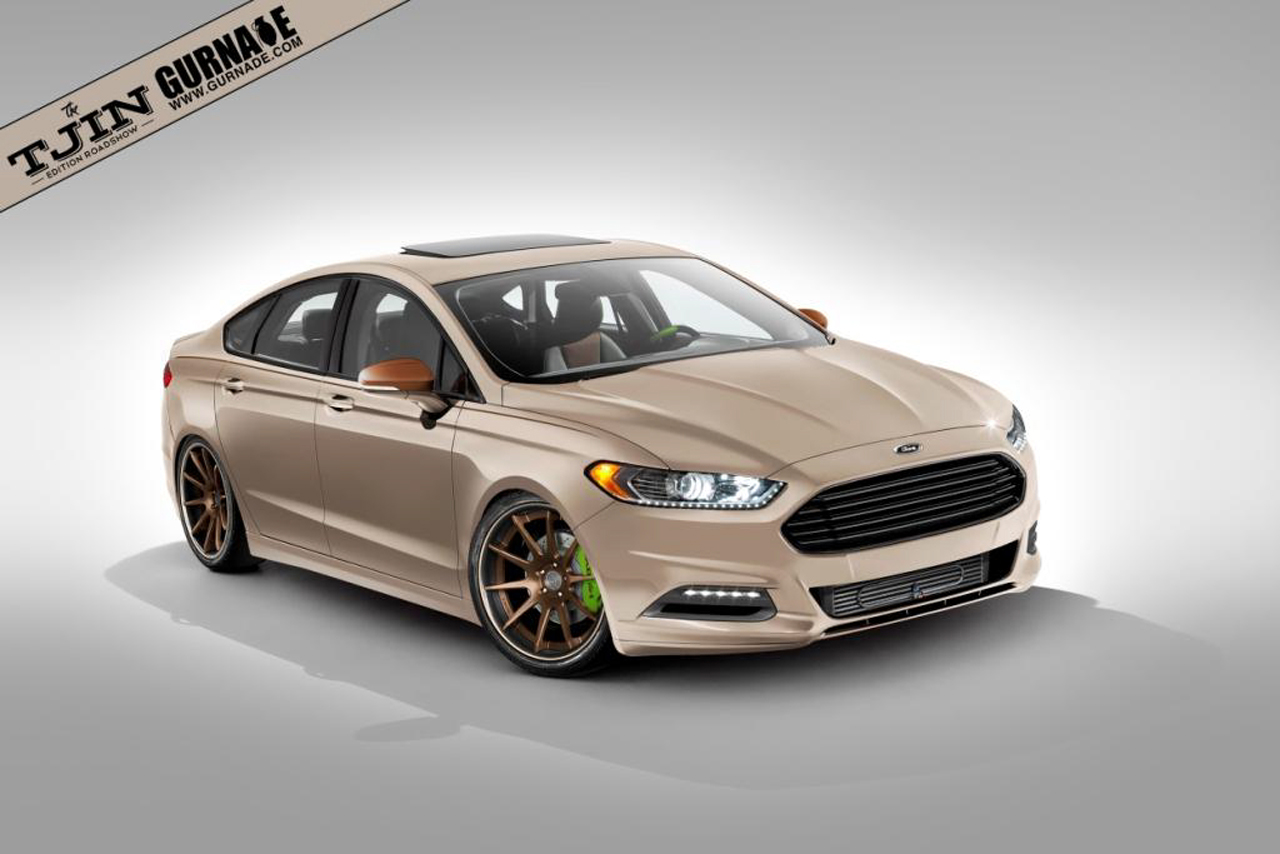 The SEMA show in Las Vegas will be filled to all sorts of outrageous cars. There will probably be a banana shaped bat fruit built for Robin somewhere in there.

People with a minimum amount of sense will actually be checking the tweaked versions of the Fusion as well though. After all, these don’t look half bad.

The Blue Oval selected four tuners to come up with these cars and then provided them all with EcoBoost powered, six speed manual transmission version of the Fusion to have a play with.

Results speak for themselves. These are actually cars one would consider actually buying. Even the one with the huge Monster Energy stickers on the side seems interesting.

Being a little more specific, the Tjin Edition Fusion as well as the one created by MRT Performance and the one from 3dCarbon, all come with all wheel drive and a 2.0 liter motor.

The Green Monster Energy edition is the one overcompensating for the fact that only two of its wheels are driven and it only has a 1.6 liter EcoBoost.

Each of these cars is tweaked around the exterior since SEMA isn’t that much of a track shootout. Despite this fact, some of the cars do receive more effective mods.

It’s not overblown turbos but an exhaust here, a few handling tweaks there and some upgraded brakes can shave a few tenths if not seconds off a time.