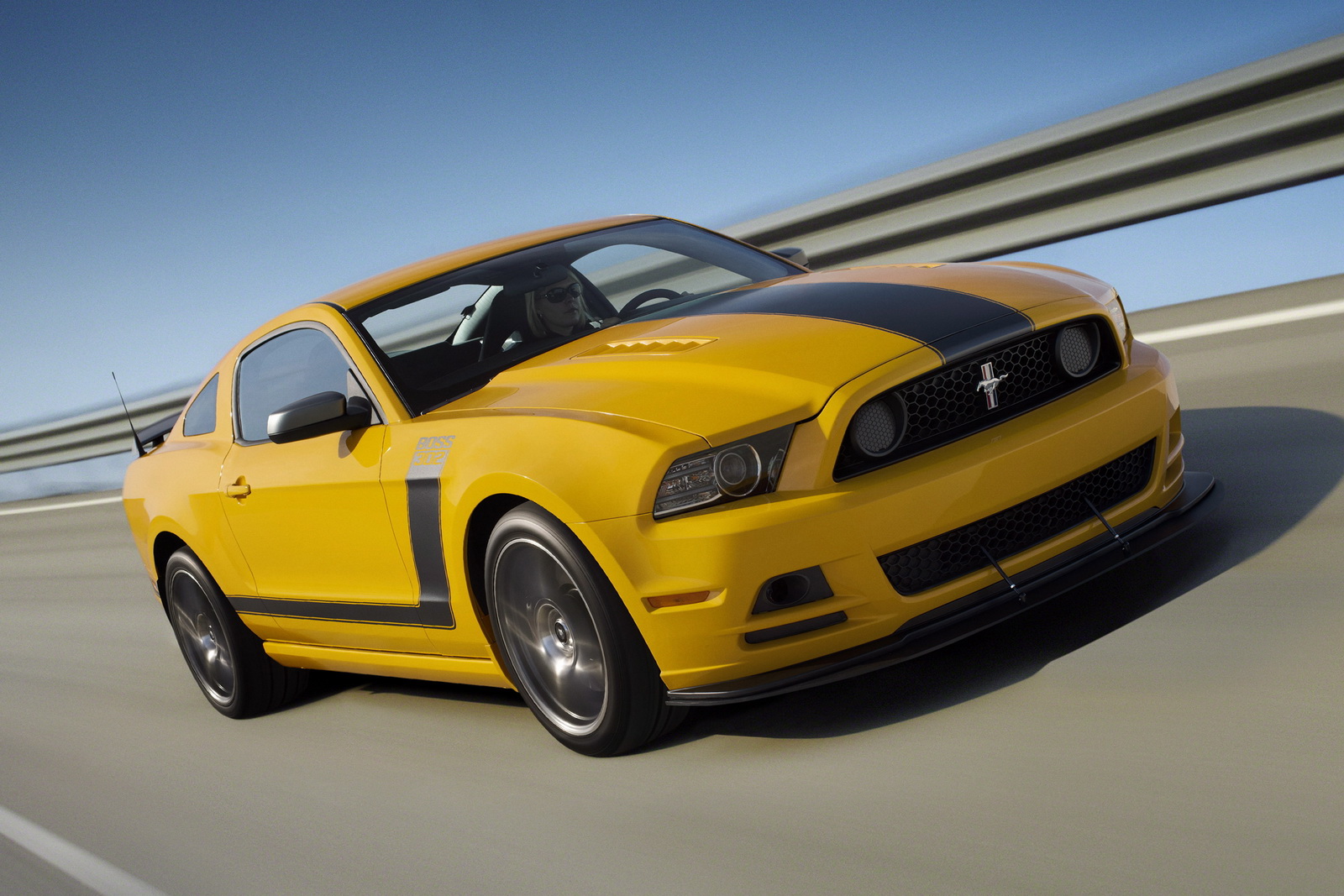 There still a couple of days before the 2011 Los Angeles Motor Show welcomes us to its rooms filled with cars and sexy ladies but the Blue Oval was unwilling to wait.

As there’s still plenty of things to see and do, it makes sense that appearances are going to matter most, after all, there’s no rolling display here.

That’s why we’re seeing a new version of the infamous Ford Mustang Boss 302, one that’s wearing a 2013 modelyear and a new face, inspired from the past.

Never a really big fan of the discrete presence, the 2013 Ford Mustang will continue to offer the loud colors, with the new addition of a styling pack.

The aggressive and handsome body will be wearing a mellow yellow paint job that’s really stunning and which is nicely accentuated by the black graphics package.

Apart from the rather un-mellow presence, the 2013 Ford Mustang Boss 302 offers up some serious heritage as an infamous 1970s Mustang wore a very similar School Bus Yellow finish.

Underneath the new face, the 2013 Ford Mustang Boss 302 offers up mild technical upgrades as the engine now pushes out 444 horsepower and 380 lb-ft of torque.

Inside you’ll find a Ford SYNC infotainment system which includes a Track App meant for timing and measuring various important parameters of the car while on a racing track.

There’s plenty of other bonuses with the 2013 Ford Mustang Boss 302 like hands-free with voice activation, via Bluetooth and USB connectivity.