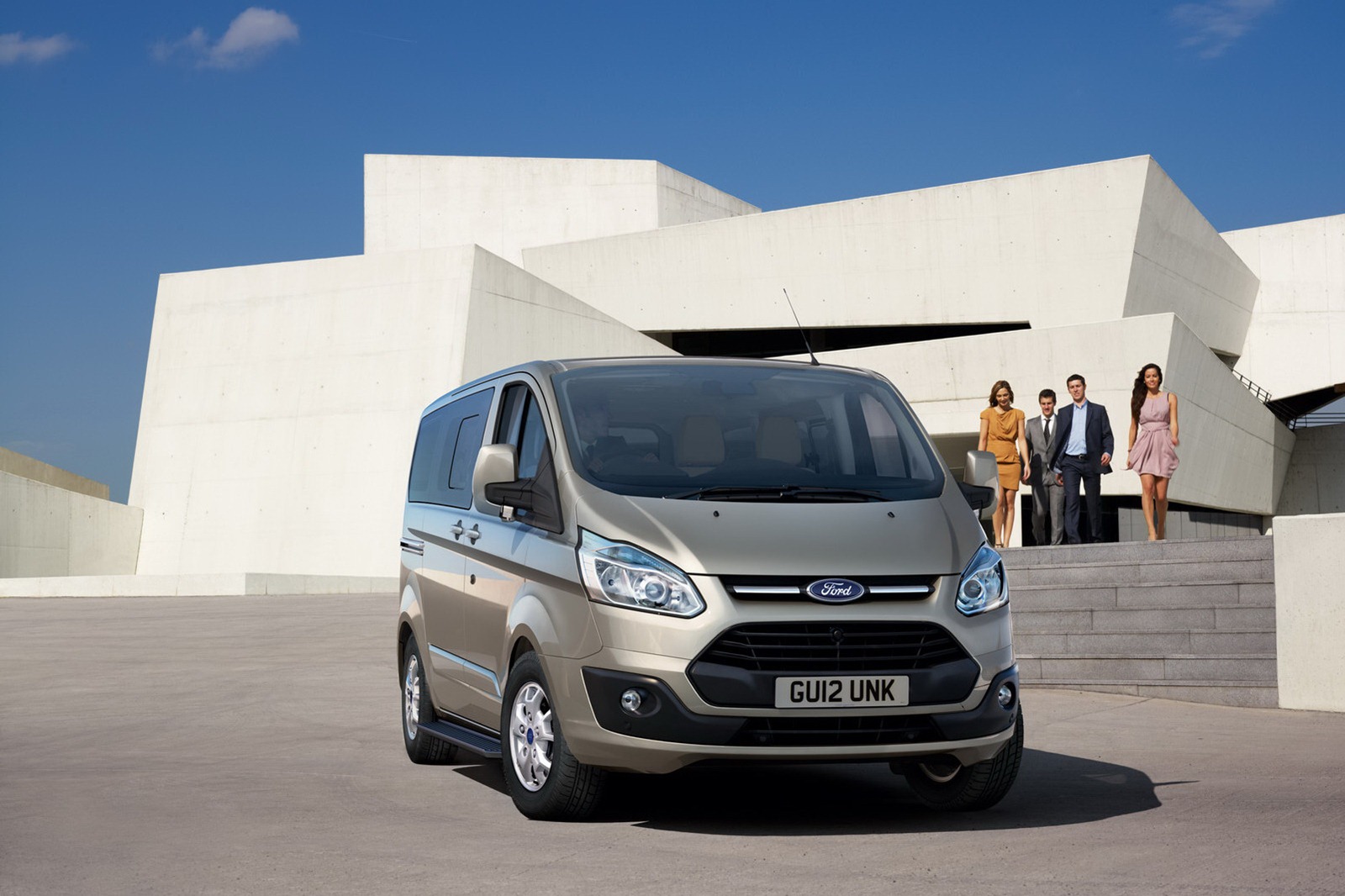 Ford is a pretty keen company when it comes to the commercial vehicle lineup holding many records and producing some of the finest vehicles in this segment.

As part of constantly working to develop this segment, the Blue Oval just unveiled the 2013 Ford Turneo Custom van.

This model will, most likely be restricted to sale over in Europe but then again, you don’t see the F-150 over on the old continent do you?

The new Ford van will have an official debut at the upcoming Birmingham Commercial Vehicle Show in April but a concept of it has already been unveiled in Geneva.

Under the new quite handsome design, the 2013 Ford Turneo Custom offers up a familiar 2.2 liter Duratorq inline four engine.

It’s an updated version and is available in three levels of tune which serve up 100, 125 or 155 horsepower and are mated to a six-speed manual gearbox.

The power isn’t exactly the most impressive feat but Ford promises quite the amount of torque and respectable fuel efficiency.

The latter should be helped by the start/stop system that’s now available as a standard feature.

With the combination between these updates factored in, the 2013 Ford Turneo Custom is said to eat up 6.9 liters of fuel per 100 kilometers (roughly 34 mpg US).

CO2 emissions are also quite impressive for a car with as big a body as this as they come in at 182 g/km.

As usual with commercial vehicles, Ford will offer up a multitude of choices in terms of wheelbase, door styles, windows and colors for buyers to pick between.