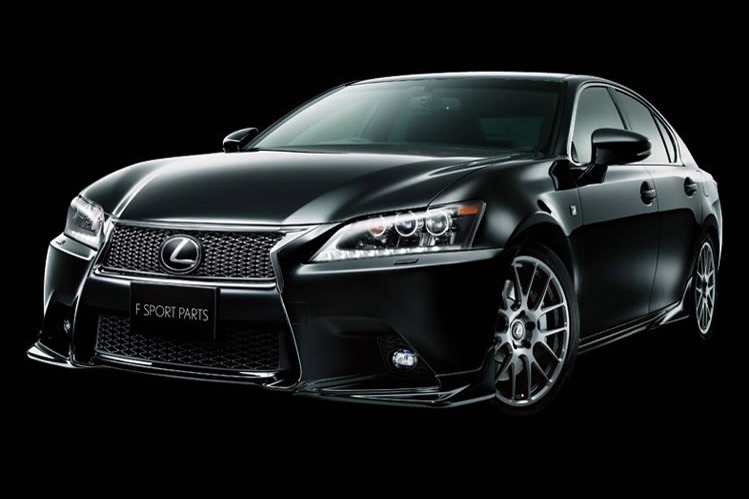 Japan’s a very special country. There’s plenty of reasons for that but what really interests us is the thriving car culture that exists over there.

Manufacturers have caught on to the current and will easily take people’s money for as much of a custom feel as you can get while still hanging on to that all important warranty.

A perfect example of what I’m rambling on about comes from TRD (Toyota Racing Developments) who’ve decided to serve the 2013 Lexus GS F a few tweaks.

The F Sport model of the latest Lexus GS is already supposed to be a rather exclusive model so it’s quite the extra mile we’re dealing with here.

The TRD package is made up of a complete aero kit, a new set of 19 inch alloy wheels and a suspension that’s got very little to do with the original factory setup.

With the new front and rear bumpers, the TRD spec 2013 Lexus GS F seems to be… angrier. The soft lines have been hidden behind a wall of aggression and steroids.

Honestly, it’s not a bad idea but the 2013 Lexus GS F would certainly have been better off if it had actually gained some punch with that new look.

Only sporting a body kit and a sports exhaust which makes the car louder seems to be the perfect recipe for a 2013 Lexus GS F that’s all TD show, but no R go.

I suppose it’s not that big a surprise to see a tuned car from Japan come with little more power but a lot of visual aspect tweaks. Still, it would have been nice for Toyota to go outside the box on this one.