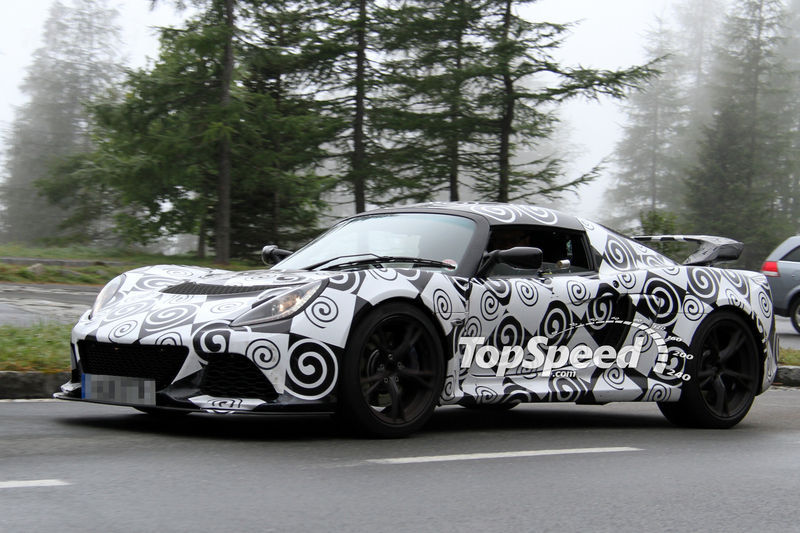 Just in case it had been a while since you’d seen a car that’s not completely understandable or at least fractionally so, here’s a batch of spyshots featuring the 2013 Lotus Exige.

The new Lotus Elise Coupe counterpart seems to be offering the same brand philosophy of less is more and still retain some of the roadster counterpart’s features.

While it does share some of the look of the Elise, the new Exige also takes on design inspiration from its bigger brother, the Evora.

The heavy zebra-like camouflage isn’t enough to conceal features such as the widened front end, the longer rear and, subsequently engine hood. That’s the stuff that gives away how the 2013 Lotus Exige will be powered by a V6 instead of the known supercharged four banger.

Another notable change round the back is the new rear wing design Lotus slapped on. It’s not meant to be there for show but my god is it one ugly thing.

This particular spied 2013 Lotus Exige was also keen on showing off its new alloy wheels and the noticeable bigger brakes these cover.

While no technical specs are available, it’s pretty safe to assume that the Lotus tuned 3.5 liter V6 engine will develop 280 horsepower in the regular Exige and a considerably more impressive 350 horses in the hotter S model.