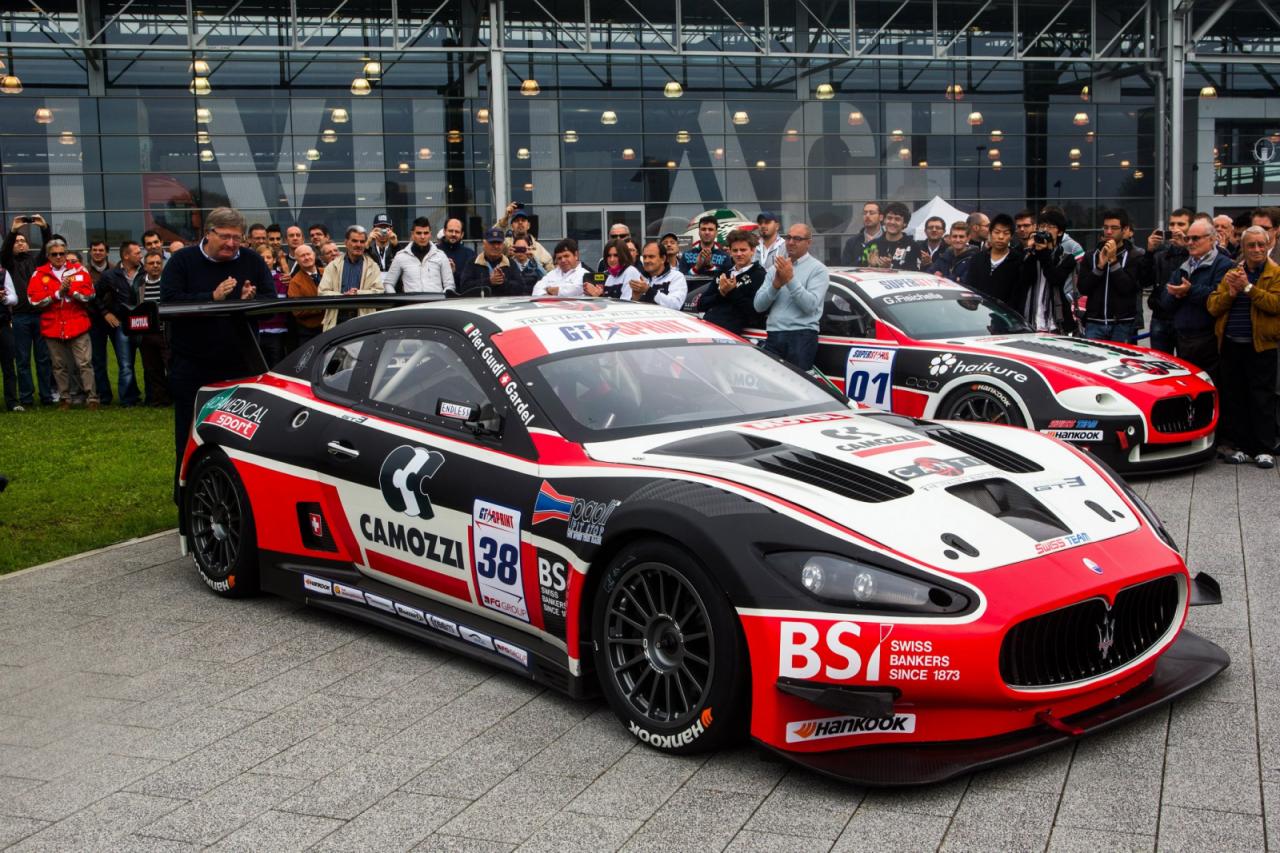 Whenever a new car is launched there’s always some fanfare, a wide variety of high end cameras with professional photographers stalk it and the writers just keep droning on.

Racing car unveiling procedures, on the other hand, are nowhere near as impressive or grand. Unless you’re launching a new Formula 1 car, just about nobody is interested.

And that’s a real shame because so much work goes into these cars, so much engineering, so much attention to detail and so much heart and soul goes into them.

For example, Maserati’s GranTurismo has been out for nearly a decade now and yet people are still interested when they create a new limited edition model

If you take a closer look at the people attending the release of the new MC GT3 racing version for 2013 you’ll see that most of the crowd there is from Maserati.

Shame, cause the pretty GT car is turned into a fire breathing monster that will, hopefully, show 911s, Gallardos, Corvettes and 458 its exhaust tips.

The power is managed by an Electronic Throttle Actuation System and the Motec Engine Electronic Management system which then relay it to the tarmac through a Sadev six-speed sequential gearbox.

When all the mad aero work is done, the interior stripped out and the rollcage is fitted, the car ends up weighing no more than 1.200 kg. Not bad for something that usually has that much weight in the passenger compartment.