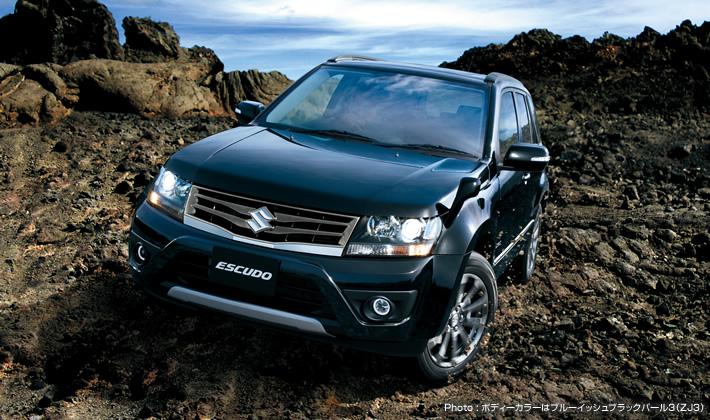 Suzuki released photos and details on the facelift version of Grand Vitara, a model known as Escudo in the home market, Japan.

Under the bonnet, the new Suzuki Grand Vitara gets a 2.4-liter unit capable to deliver 164 horsepower and 225Nm of torque.

The all-wheel drive system is optional while Suzuki offers the model with a standard five-speed manual transmission with an optional four-speed automatic one on the list.

At the interior, Suzuki operated no major modifications but you can expect higher quality materials and new trim.

One thought on “2013 Suzuki Grand Vitara facelift in the spotlight”