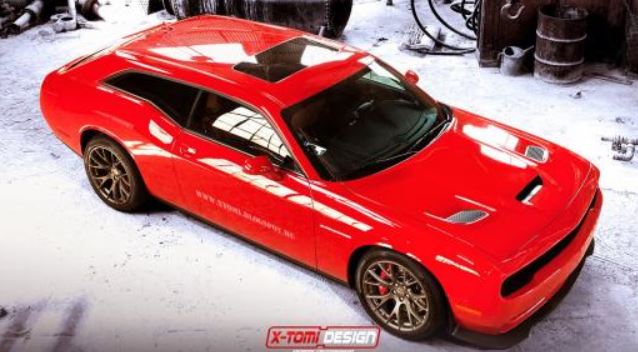 The 2015 Dodge Challenger SRT Hellcat is in the spotlights again, after a rendering with the supercar in a Shooting Brake body has hit the web recently.

The teased image with the 2015 Challenger SRT Hellcat being shown as a Shooting Brake model was designed by the famous X-Tomi Design (FB) and perhaps there is a chance that the image would be nothing but a simple drawing.

It will remain to be seen whether the teased image will become a reality, as it would indeed be a real competitor against the Camaro or the Mustang models.

To be a reminder, the 2015 Dodge Challenger SRT Hellcat was just unveiled about some weeks ago, the supercar sporting a facelift from the Challenger model, and coming with interesting tweaks as well.

Under the hood, the 2015 Dodge Challenger SRT Hellcat comes with a massive 6.2-liter HEMI V8 engine, developing more than 600 horsepower, with unit being hooked to a 6-speed manual transmission gearbox, or an optional 8-speed automatic.