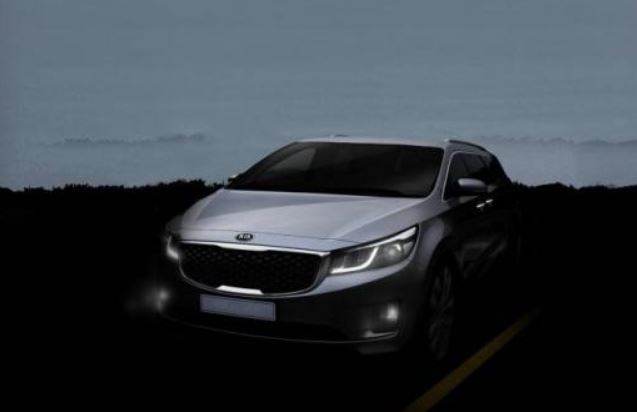 The Kia auto maker has recently rendered a photo with the fresh 2015 Sedona / Carnival model ahead the official public display at the 2014 New York Auto Show, at the end of this month.

The 2015 Kia Sedone / Carnival is just about to receive its go ahead at New York this month, with the car being rendered in a photo, showing the car`s aggressive body style.

More than that, the 2015 Kia Sedone / Carnival is also revealing its beautiful large tiger nose grille, along with some built-in LED daytime lights enhanced into the sweptback headlights.

The 2015 Kia Sedone / Carnival is also tweaked with a raked windscreen and other improvements which will distinguish the 2015 model from the current one.

The mid-size MPV has a wide space inside, with an 8-passenger seats and plenty of room for any luggage, the mini-van also coming with seating configurations and storage options.

More details will be known late this month, at the 2014 New York Auto Show.