2015 Mercedes-Benz C-Class Hits Production Line in the US 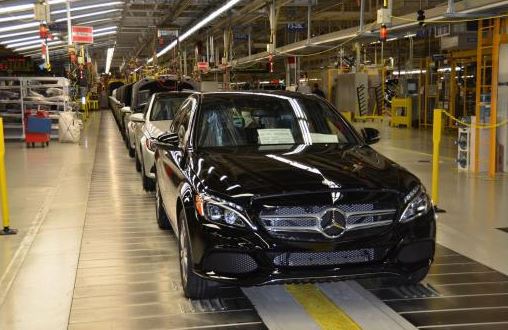 The Mercedes-Benz`s factory in Tuscaloosa, Alabama, United States is ready to start production for the 2015 C-Class model, which will hit its dealerships in Canada and the US, starting this fall.

The 2015 Mercedes-Benz C-Class will resemble its European version and will hit the Canadian market as well, once it will become available at its dealerships.

Jason Hoff, the director of the Tuscaloosa plant, stated that the team had spent months at the carmaker`s main facility, in Germany, in order to get familiar with all the technology that the C-Class would sport.

“Thanks to our highly qualified and motivated team, we are optimally prepared to write the next chapters of our success story, made by Mercedes-Benz in Alabama”, Hoff concluded.

The 2015 Mercedes-Benz C-Class in the United States will be coming with two units, namely the 2.0-liter four-cylinder turbocharged, developing 241 horsepower and 310 Nm of torque, while the bigger 3.0-liter V6 twin turbo engine, outputs a total of 329 horsepower and 479 Nm of torque.

There are no news about the prices list yet, but expect fresh details soon.