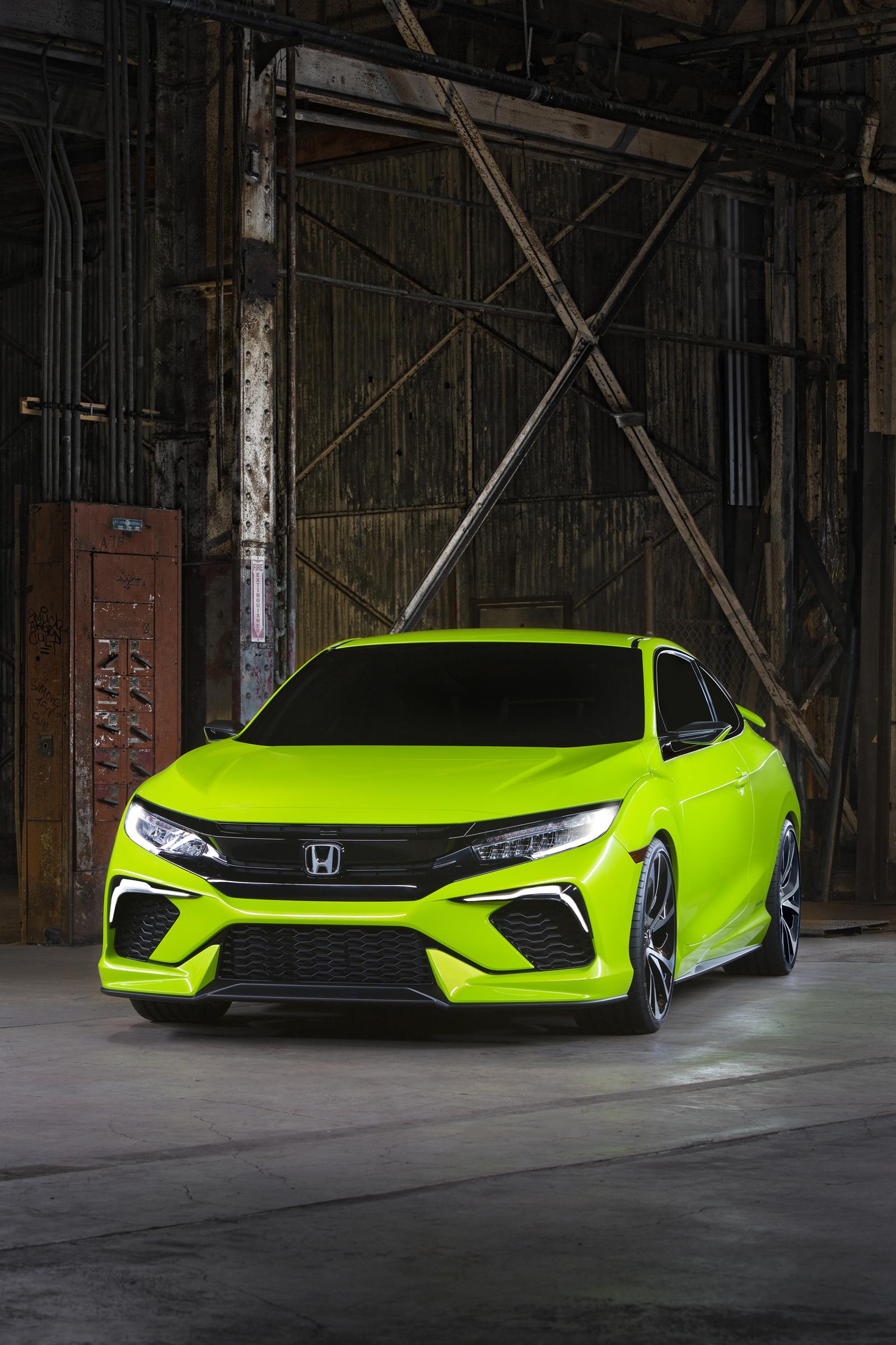 Honda has brought some interesting models at the 2015 New York Auto Show, amongst which proudly stands the new Honda Civic Concept, which might be considered a genuine technology innovation, one could not have missed from the Japanese car manufacturer.

The Honda Civic Concept is quite different than the standard Honda Civic, meaning that the model will come with a unique styling and body language, being offered in the Sedan, the Coupe, the Si version, as well as the hotter Honda Civic Type R variant.

But what would the Honda Civic Concept bring fresh in terms of styling? Well, judging by the images with the model, one might depict a concept with fresh tweaks, like the Flying H front grille, the LED headlights, the fixed wing at the back, the interconnected LED taillights, rear mounted hexagonal exhaust tip, as well as the wider fender arches.

Since safety features have been the main politics at Honda, Civic Concept makes no exception and comes fitted as well with a lot of safety gizmos inside, such as the lane departure warning, the adaptive cruise control, the forward collision warning, multi-angle rearview camera, and a few more.

Honda has also revived the Civic Concept under the hood, the gorgeous model receiving the 1.5-liter VTEC Turbo with direct injection unit, hooked to a six-speed short-shifting transmission, or the company`s new CVT. No performance details have been yet provided, but we should be able to find out more in the near future, perhaps after the New York event.