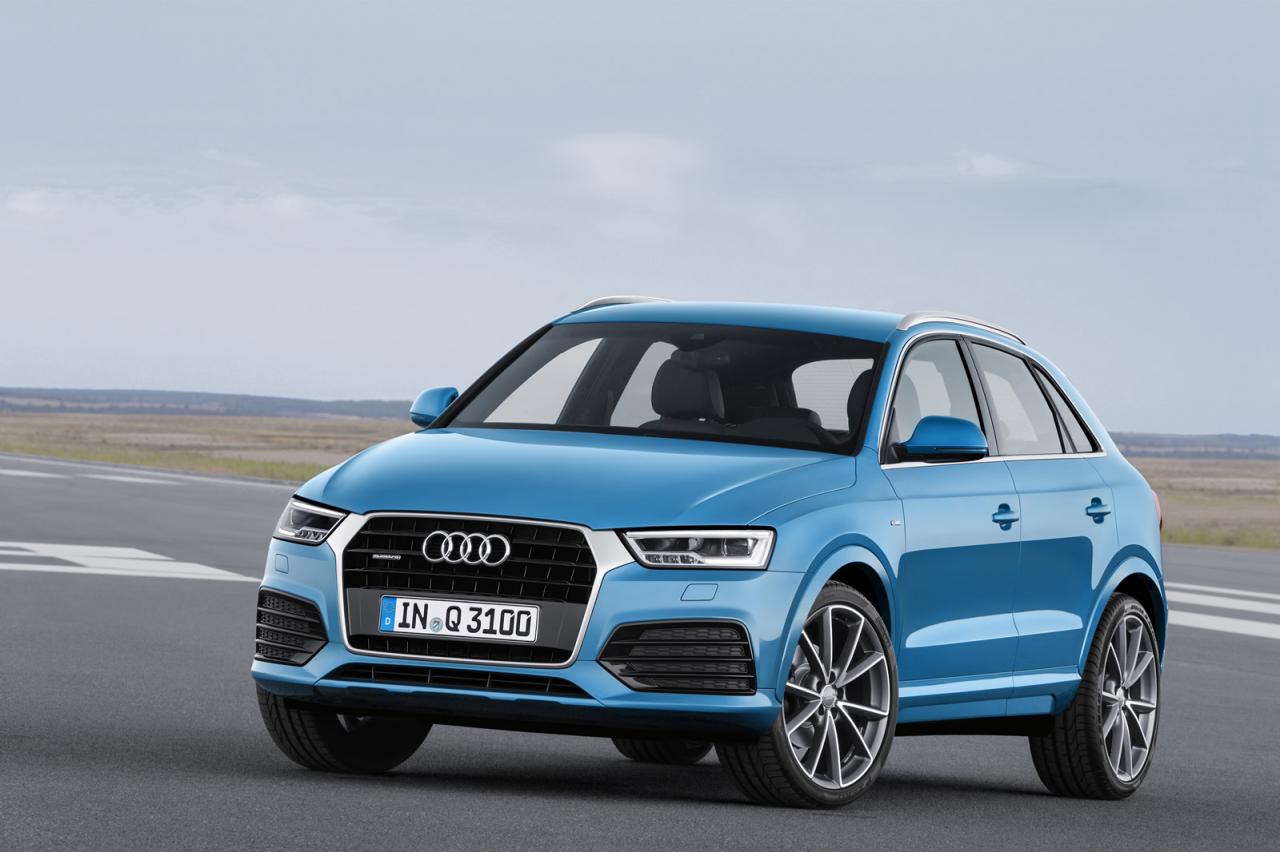 Audi decided to take advantage of the 2015 North American International Auto Show and unveil the Q3 facelift, a crossover that comes with some styling tweaks and few upgrades under the hood.

Even though the German model was showcased in Detroit, the U.S. debut is still quite far away. Even so, we do know that the facelift version of the Audi Q3 will go on sale in Europe starting next month.

With the availability details concluded, let’s have a look at the German crossover. As mentioned above, the styling tweaks are minor and include a new front grille, restyled front and rear bumpers as well as revised optical blocks. Both front and rear lights have now a modified design but you will recognize them very easy.

Under the hood, new Audi Q3 will be offered with a total of six units, at least in Europe. Power outputs will range from 120 horses in the entry-level model to 340 horses for the RS Q3. The latter will sport a potent 2.5-liter engine linked to a seven-speed S-tronic transmission and capable to sprint from 0 to 100 km/h in just 4,8 seconds.

As usual, top speed is electronically limited at 250 km/h. Speaking of interior tweaks, you shouldn’t expect too many changes except revised materials, new trim and chrome inserts.