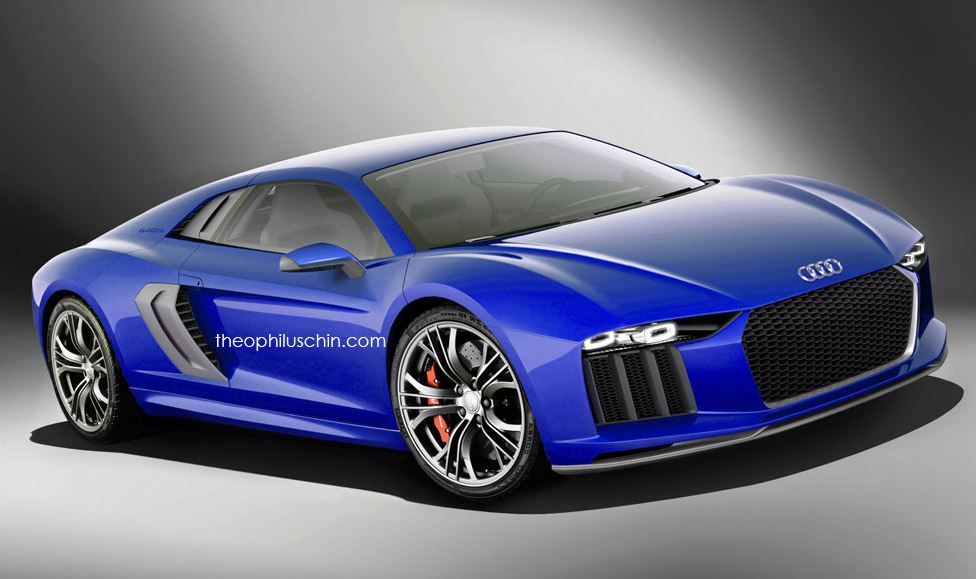 The 2016 Audi R8 is ending up in our news again, the model popping on the web in some new renderings signed by the famous designer Theophilus Chin, before the supercar`s official unveiling in a couple of months.

Since nobody knows how will the 2016 Audi R8 look like, Theophilus Chin thought it would be a good idea to launch some renderings with the model, even if they have nothing to do with the its predecessor.

We are looking here about a futuristic model, with advanced design lines, resembling more with its cousin Lamborghini Huracan. And some visual details are definetely inspired from it.

Do not expect now to see the model showing its true identity, wearing this extraordinary body design, but perhaps the German based carmaker will borrow some cues from these two renderings.

Under the hood, the 2016 Audi R8 will also underpin the same powertrain, also seen on the Lamborghini Huracan, meaning that it might be equipped with some V8 and V10 naturally aspirated units, which will be fitted with higher power.

The engines would be hooked to a 7-speed dual-clutch transmission, but no fresh news on that so far. More will be announced perhaps at the 2015 Geneva Motor Show, or at the 2015 Frankfurt Auto Show, this autumn.