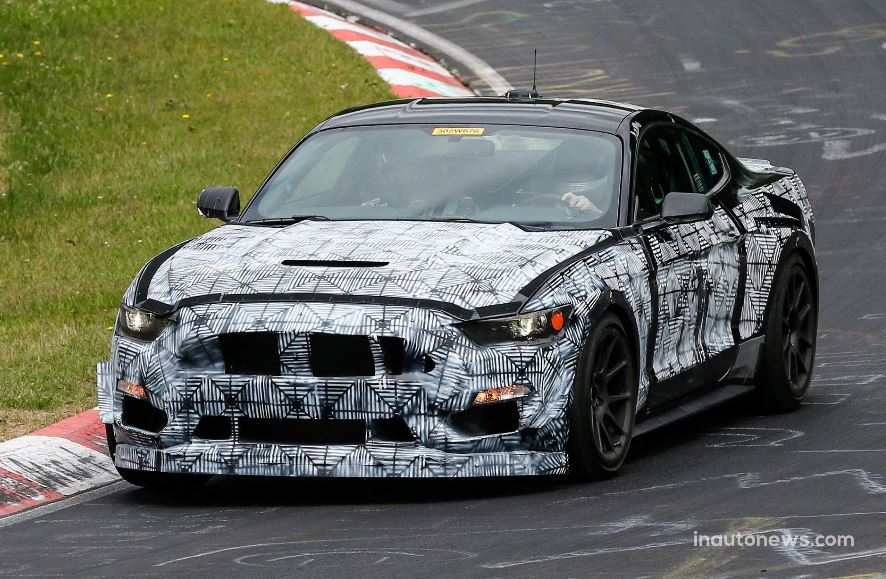 It looks like the newest member Mustang SVT / GT350 will complete the Ford`s lineup slowly but surely, as the sports car was seen at Nurburgring, performing the final round before the big take-off.

The 2016 Ford Mustang SVT / GT350 is ending up in our attention again, the model being caught on camera, after the company already announcing the production of the 2015 Mustang just the other day.

The 2016 Ford Mustang SVT / GT350 will be full of surprises, as the camouflage reveals a lot of tweaks, like a ventilated hood, aerodynamic body kit or the four tailpipe exhaust system amongst others.

2016 Ford Mustang SVT / GT350 will be really special, as it will be build up by the specialists from the Special Vehicle Team (SVT), as the name already suggests it.

Under the hood, the 2016 Ford Mustang SVT / GT350 is also supposed to come with some power upgrades, according to some unofficial reports.

More details with the 2016 Ford Mustang SVT / GT350 will be known at the 2015 NAIAS in Detroit, where the sports car is supposed to face the public`s trial.