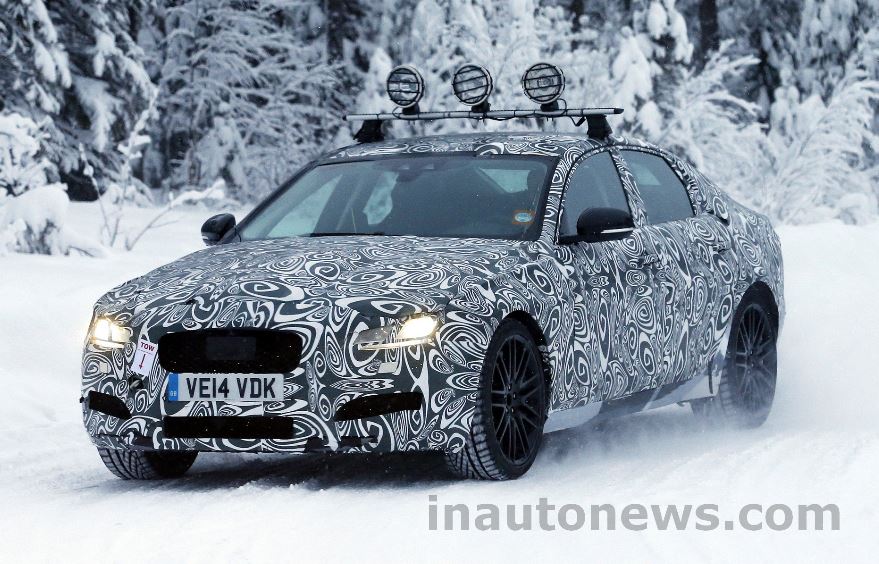 After recently launching the XE model as the direct rival for the BMW 3-Series, Cadillac ATS or the Audi A4, the Jaguar carmaker is apparently working on the smaller XF sports car, which was recenlty spotted under some tests, by spy photographers from Inautonews online car publication.

The 2016 Jaguar XF was caught on shots wearing a slight camouflage on the body, meaning that it will come with some minor tweaks, borrowed from its older sibling, the Jaguar XE.

But the car will also come with its own personality that will make it stand out from the crowd, as it will sport a liftback and a sloping coupe roof, which is a slight resemblence with the Audi A5 Sportback.

What is interesting enough about hte Jaguar XF, is that the sports car will stand under the company`s fresh platform, the PLA full platform, also shared with the upcoming XJ replacement.

Even if the powertrain detailing is rather scarce at the moment, rumors have it that the Jaguar XF might borrow the engine lineup from the Range Rover Evoque, along with the 9-speed automatic transmission, and might see the daylight somewhere next year.