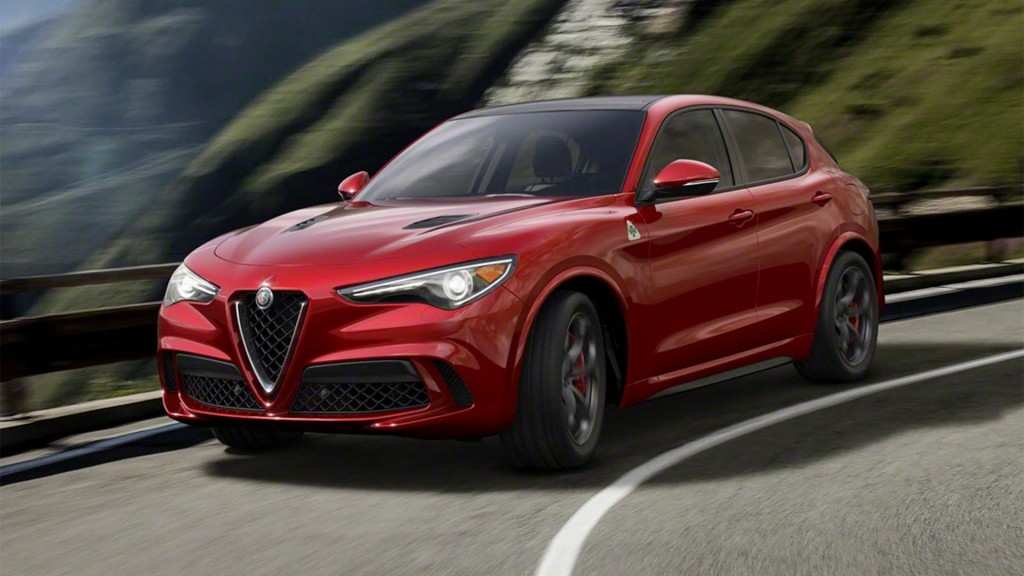 The 2016 Los Angeles Auto Show has finally opened its gates, with Alfa Romeo revealing their first and long-expected Stelvio SUV range, which will reach the market shortly after the event.

Once arriving in Europe and the US and lately on other continents, worldwide as the main competitor of the X5 M, the Alfa Romeo Stelvio SUV will be equipped with an interesting choice of engines, also found on the Giulia range. There are three versions to be offered: the standard Stelvio, the mid-level Ti as well as the top of the line Stelvio QV.

The most potent one is the Stelvio Quadrofiglio, meaning that it will pack a 2.9-liter twin-turbo V6 engine, the same one from the topper Giulia QV. The power stands at 375 kW and 600 Nm of torque, enough to deliver a sprint in around 4.0 seconds, at a top of speed of 285 km/h.

The Stelvio will be also offered with an entry-level variant and a mid Ti, both packing a 2.0-liter turbo with 210 kW and 415 Nm of torque. Besides these three engines, we also expect some diesels with power configurations according to the destined markets.

From a visual standpoint, as we can depict from the photos, the Stelvio is looking extremely aggressive, thanks to the same design lines found on the Giulia lineup as well.

We could depict the Alfa`s inverted triangular grille with aggressive headlights, muscular lines all around, with different particularities, according to each version involved. The QV for instance is easily distinguished from the rest with extremely wide alloy wheels, adding a torque-vectoring rear differential, sport suspension as well as the Brembo carbon-fiber ceramic brakes. Inside, the QV comes with carbon-fiber Recaro seats, red stitching, 8.8-inch central infotainment display, 900-watt Harman Kardon audion system with 14 speakers, and much more.

In case you are less fancy and want the entry-level variant or the Ti, you get the 6.5-liter infotainment system, Lusso or sport packages, 18-inch alloys and an all-wheel drive system.