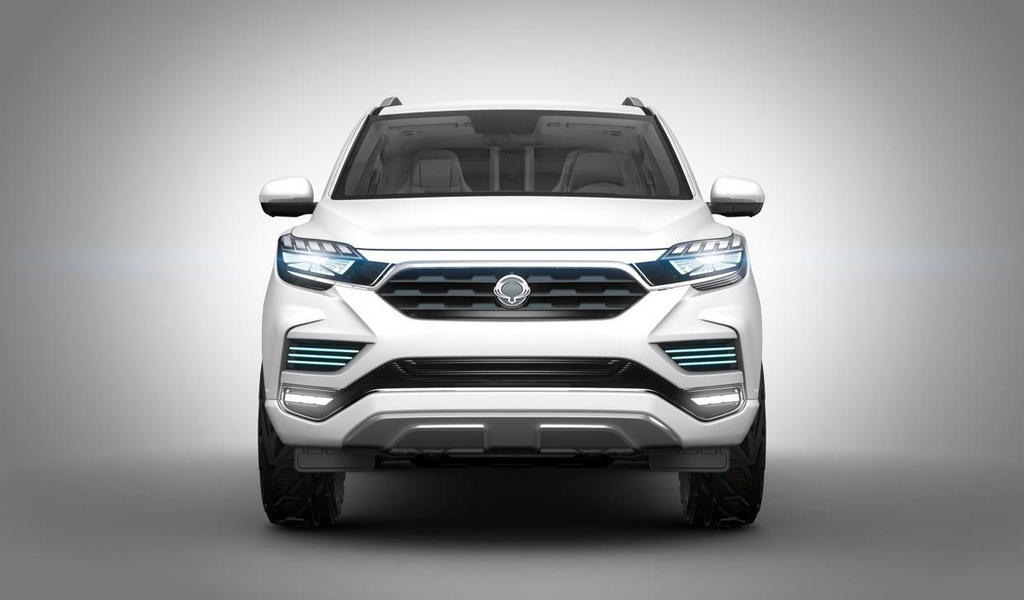 There are two particular segments that I am really interested while visiting the 2016 Paris Motor Show, and those would be the EV and the SUV segments, both promising to bring forward the most interesting and exciting concepts and prototypes that would lead the way to the most futuristic and advanced production models.

SsangYong carmaker is one of those many carmakers which have already previewed some of its new SUVs ahead Paris, and that would be the all-new SsangYong LIV-2 Concept, seen in the pictures below. Unfortunately, for the moment we do not have the official debut photos.

The SsangYong LIV-2 Concept was designed to slot a premium SUV that would tackle its most fearful competitors from BMW or Mercedes-Benz, coming thus with an imposing design, plethora of high-tech gizmos inside and a powerful engine under the hood.

Slotted for 2017, the LIV-2 SUV Concept features premium characteristics inside, including reclining seats with massage function, piano-black gloss accent panels, center fascia with a 9.2-inch monitor, followed by 10-inch monitors in the headrests, wi-fi mirroring for Apple CarPlay and Google Android Auto connectivity and much more.

In the engine department, the LIV-2 Concept comes with a 2.2-liter Euro diesel mill, developing 180 horsepower and 420 Nm of torque, thanks as well to a 2,000 bar common rail direct injection system and hooked to a Mercedes-Benz seven-speed automatic transmission. On the petrol`s side, the concept is also using a 2.0-liter GDI turbo engine.