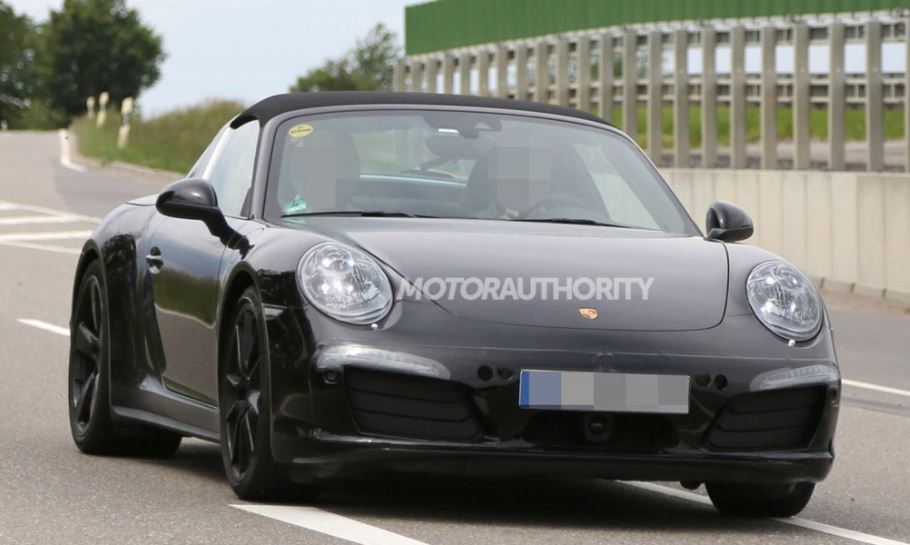 A lot of Porsche models have been lately spotted and now it is the 2016 911 Targa GTS`s turn to be caught on some shots while the supercar was seen on public roads.

We are talking about a facelift carried out to the 2014 Porsche 911 Targa GTS, facelift that includes some new fresh tweaks, like new bumpers and taillights, also found on the Carrera and the Turbo models.

More than that, as seen in the shots, the 2016 Porsche 911 Targa GTS prototype also seems to bear a central-exhaust pipe design.

So far, there are no other info about the 2016 model Porsche 911 Targa GTS, as the supercar is rumored to come somewhere in in late 2015.

To be a reminder, the 2014 Porsche Targa comes with two variants, like the all-wheel Targa 4 as well as the Targa 4S.

Chances are that the 2016 Porsche 911 Targa GTS will complete the company`s Targa family, the supercar coming with around 425 horsepower.