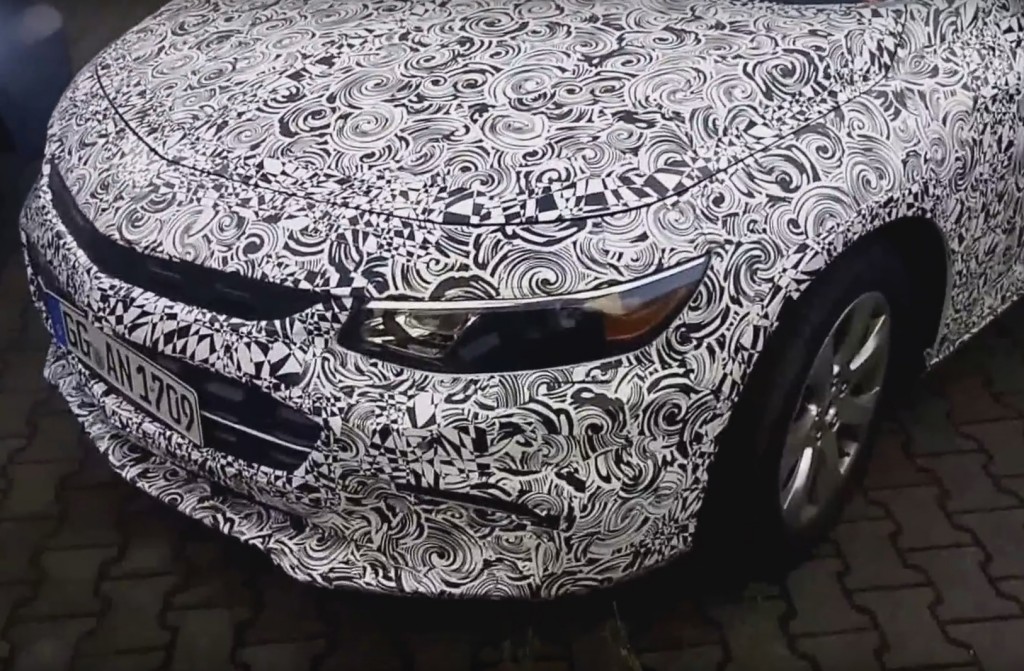 The 2017 Chevrolet Cruze was recently seen upclose in a spy video, revealed by a You Tube user, the model wearing heavy camouflage while performing some tests in Germany.

This would be the first time we get to see the new-gen Cruze, before being launched next spring, first in Germany and then in the United States, where it will have a starting price of $17,495.

Inside, the model will be adorned with the latest technological goodies, such as the Chevrolet MyLink radio, Android Auto or Apple CarPlay compatibility, seven-inch diagonal screen and so on. The model is also a safe car to use, thanks to the wide variety of safety features.

We are dealing here with Side Blind Zone, Lane Keep Assist, Rear Cross Traffic Alert, Forward Collision Alert and so on.

In the engine department, the 2017 Chevrolet Cruze will come with a petrol burner and a diesel. The petrol refers to the all-new 1.4-liter turbo four-cylinder, developing a good 153 horsepower and 240 Nm of torque, hooked to a six-speed manual or an optional six-speed automatic. As for the diesel, the details are yet to be revealed next year.