2017 Chevy Camaro ZL1 Convertible Spied Out in the Cold 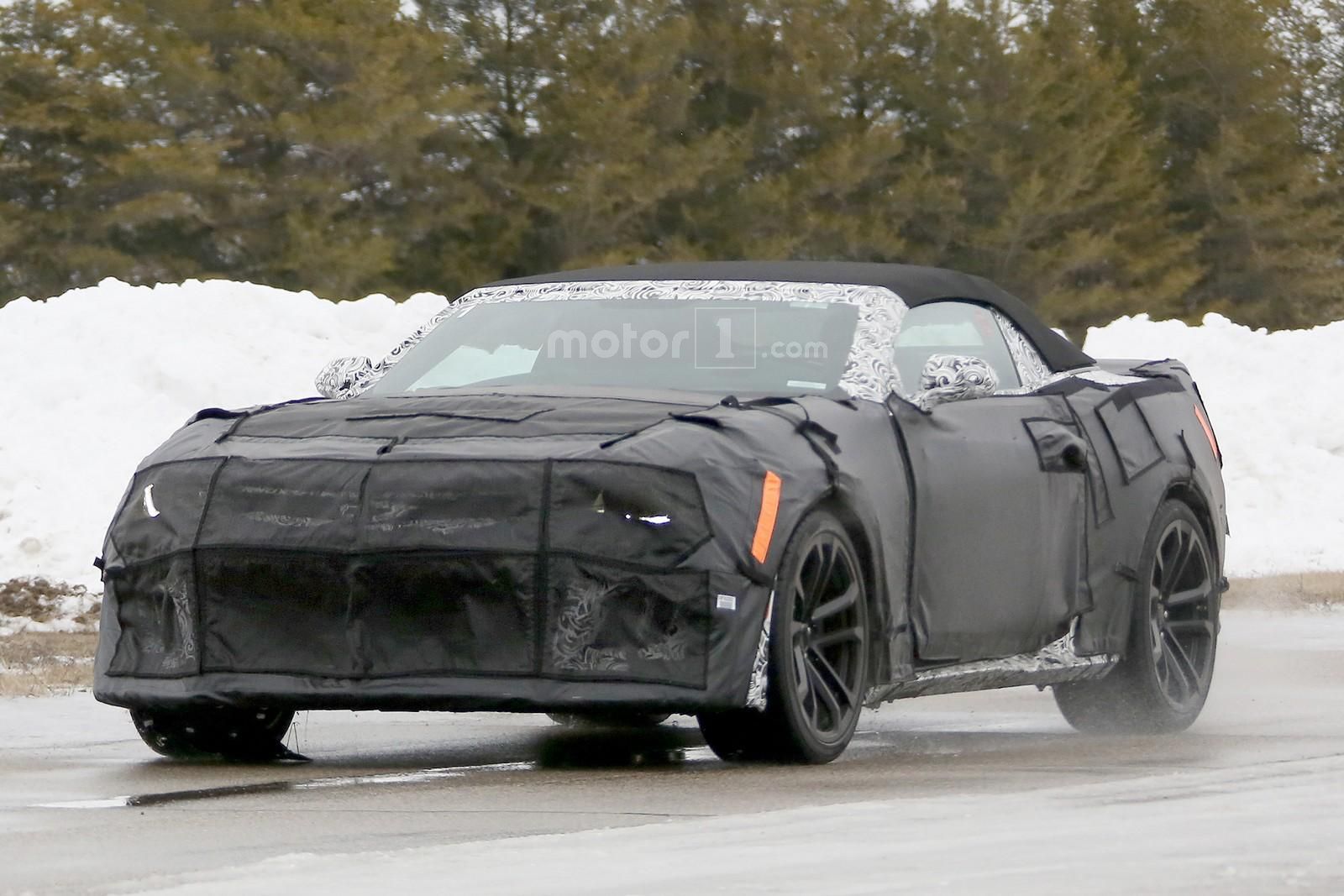 The Convertible version of the one-off 2017 Chevrolet Camaro ZL1 has been recently caught on shots while performing some tests out in the snowy Michigan. The model will arrive on the market at the end of 2017, shortly after the introduction of its coupe sibling.

The test mule seen here is wearing heavy camouflage at the body, which is a clear indication that the final production version is far from becoming a reality.

Most importantly, aside the new body tweaks, the 2017 Chevy Camaro ZL1 Convertible is rumored to pack a powerful 6.2-liter V8 engine under the hood, which would develop around 640 horsepower and impressive 630 lb-ft of torque.

The engine would be also hooked to an eight-speed automatic transmission, which translates in an increase figure from 0 to 100 km/h. Unfortunately, the performance is kept hidden at the moment.

As far as the body styling goes, the 2017 Camaro ZL1 Convertible would come with an extremely aggressive body style, highlighting a wide front fascia with massive air intakes, custom mesh grilles inserts, along with sporty side skirts or a four-tailpipe sports exhaust system. More than that, the convertible`s retractable soft roof opens and closes at speeds up to 30 mph.

The cabin of the 2017 Chevy Camaro ZL1 Convertbile is also expected to feature new tweaks, like sports seats, updated instrument cluster and other technological goodies, which will make it a real sporty cabrio on the roads.