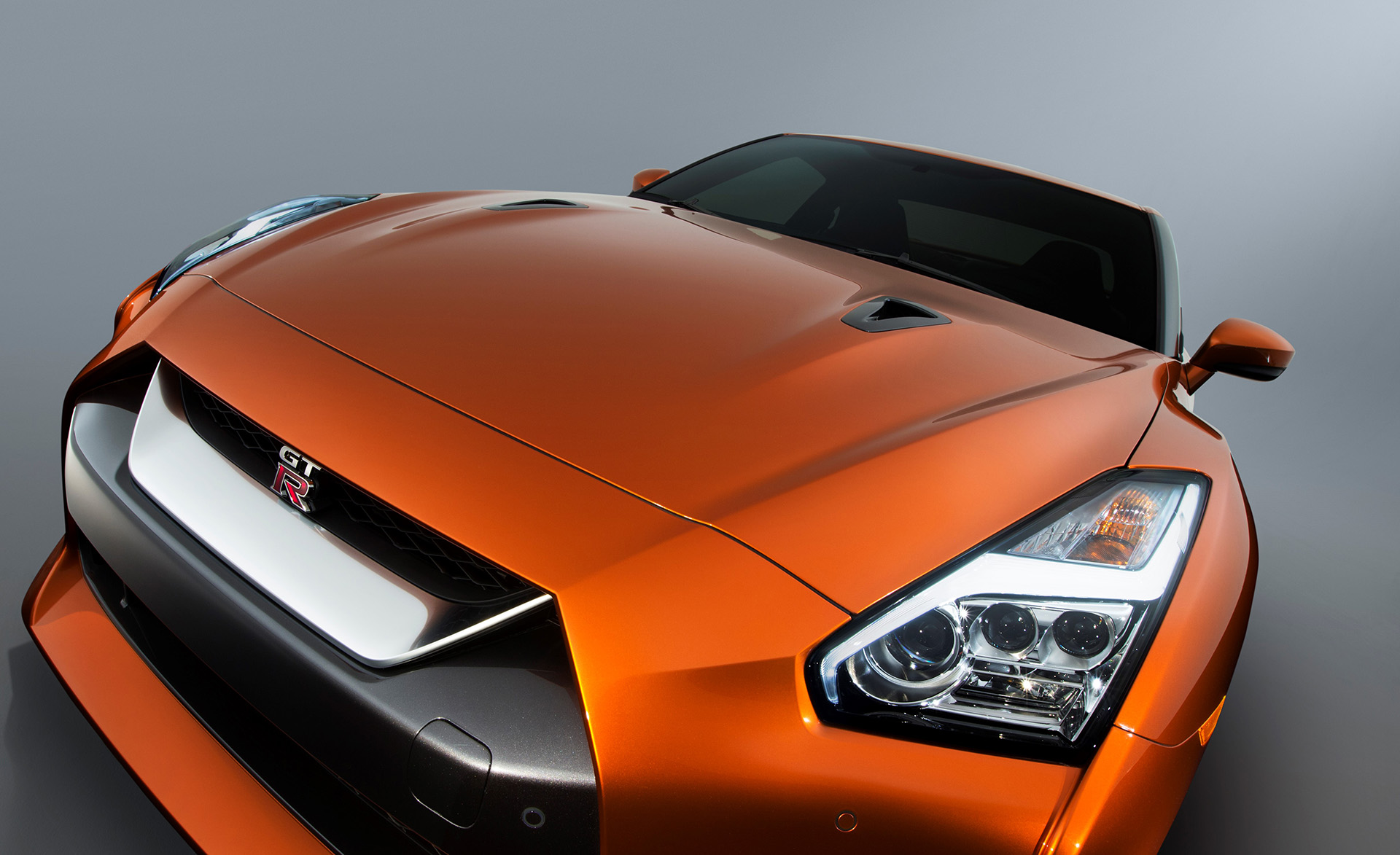 It seems that this car never loses its charm! However, Nissan decided to apply a major upgrade in every aspect. So, let’s see what’s new for 2017.

It is the greatest upgrade experienced by the GT-R since its introduction, in 2007. The front of the car received a v-motion radiator grille, just like all the most recent Nissan models. It continues with the new, stiffer engine hood, which adds stability at high speed. More, the front bumper and the front lip are redesigned to add extra down-force. Looking from the side, the most striking elements are the side sills, more prominent, to improve the air flow. Though the rear may look the same as before, the redesigned panel improves even more the aerodynamics. The main idea is that, though it slips better through the air, it has the same downforce like the current model, remaining as stable as before at high speeds.

Let’s get onboard, for a new design of the dashboard, which now it’s covered with high-quality leather, stiched with Takumi technique. The instruments are horizontally placed, for extra stability sensation, while the central console is oriented to the driver. Thanks to the integrated navigation and audio controls, the central console is cleaner: now, it features only 11 switches, down from 27. The 8 inch touchscreen makes the information easier to be seen, and its input controls are simpler. Looking at the new steering wheel, we find the new shift paddles mounted on the wheel, with the main advantage of being accessible even during the mid-turns.

The lion’s 3.8 liter V6 twin-turbo heart may be old, but it suffered a bypass to produce a healthy 565 hp at 6800 rpm and 633 Nm. This is possible due to the individual ignition-timing control for each cylinder and extra boost from the turbos, which ensures better acceleration at over 3.200 rpm. However, thanks to the new absorbing materials, the onboard noise is much lower than before. If you like it, go to the NYAS to see it, or wait until this summer, when it will roar on the streets.