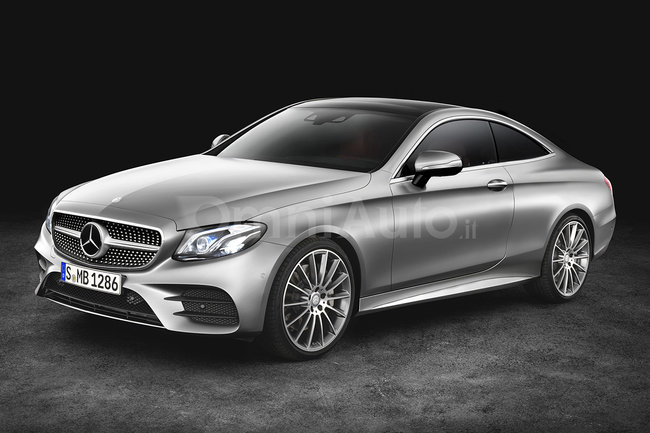 The guys at OmniAuto have recently launched an online rendering with the already anticipated 2018 Mercedes-Benz E-Class Coupe, which is believed to debut at the Geneva Motor Show, next March.

Following recent reports, the rendering is showcasing an extremely evolutionary design with muscular design lines and an appealing attitude, with changes to comprise most of the exterior and minor tweaks to involve the interior.

With no doubt, the all-new E-Class Coupe will be star of the class, as it will come with a revised front fascia with single bar grille, adding sweptback headlights, large air intakes, rakish windscreen and updated side skirts.

Inside, the cabin is believed to come with minor changes borrowed from the E-Class Sedan, meaning new air vents and updated center stack with analog clock.

In the engine department, the 2018 Mercedes-Benz E-Class Coupe will come with rather the same ones seen on the Sedan sibling, meaning a 2.0-liter flat-four turbocharged engine with 241 horsepower, as well as a bigger 3.0-liter V6 biturbo engine with 396 horsepower and 384 lb-of torque. The carmaker might also introduce a much more potent E63 with 571 horsepower.

The detailing list is rather scarce right now, but we should expect fresh news in the upcoming period, meanwhile take a look at the rendering and decide for yourselves if this might be the right stylish for the all-new E-Class Coupe!