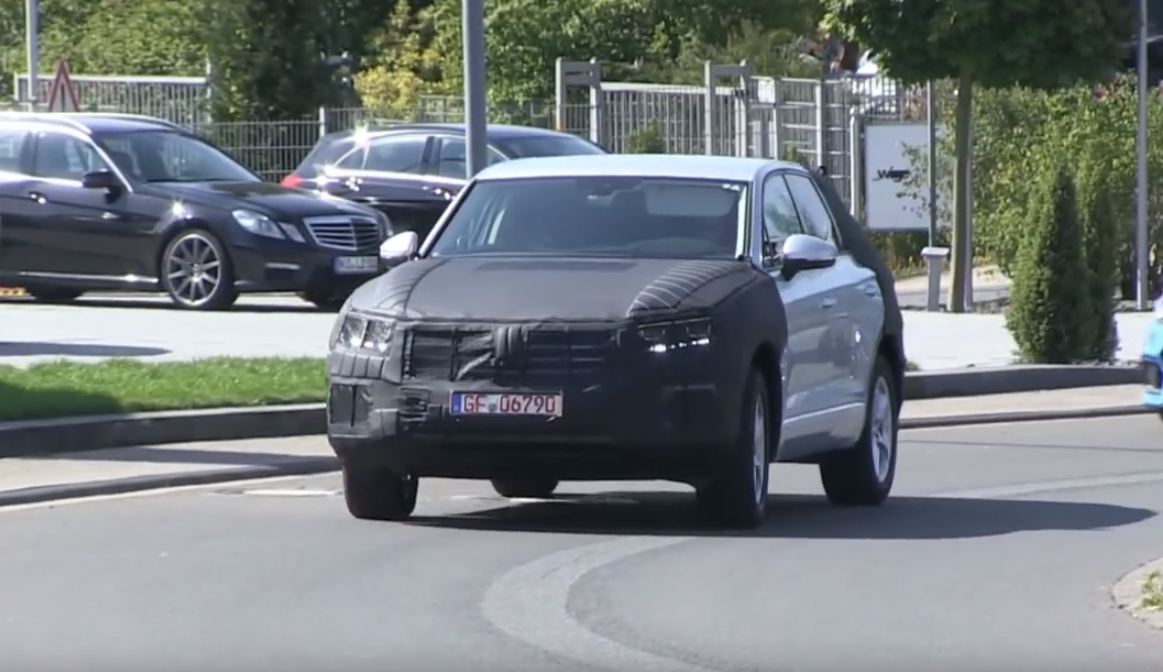 The almighty Volkswagen Touareg is back into the big league, and it means business. It has now grown and is ready to conquer the world with exquisite features and the latest technology.

Below, we can see the Volkswagen Touareg running some new tests in Europe, before being officially unveiled next year, likely to happen at the 2017 Geneva Motor Show.

Once it will come out, it will definitely be a real threat against other top predators from the SUV market, like the all-new BMW X5 or Mercedes-Benz GLE. The new seven-seat Lexus crossover will also be amongst them.

The test mule seen in the spy video is wearing less camouflage than the last time, meaning that the model is almost ready for the production, but even so, the German carmaker wants to make sure that everything is in order with the model.

As expected, the 2018 Volkswagen Touareg will stand on the company`s new and higher-performance MLB platform, also underpinning other models within the group, like the Porsche Cayenne, new Audi Q7, Bentley Bentayga o Lamborghini Urus.

This means increase cargo capacity and passenger space inside, as well as the possibility of fitting larger and much potent engines under the hood.

And even if the details are rather scarce at the moment, our sources report that the model would be equipped with a wide array of petrol burners, diesels and V8 engines, one of them being sourced out as the future 4.0-liter diesel V8. As expected, the company will also introduce hybrid powertrains.

We should find out more about the model in the upcoming period, meanwhile, enjoy the spy video with the model while undergoing road testing, with the next-gen Audi Q7 behind!