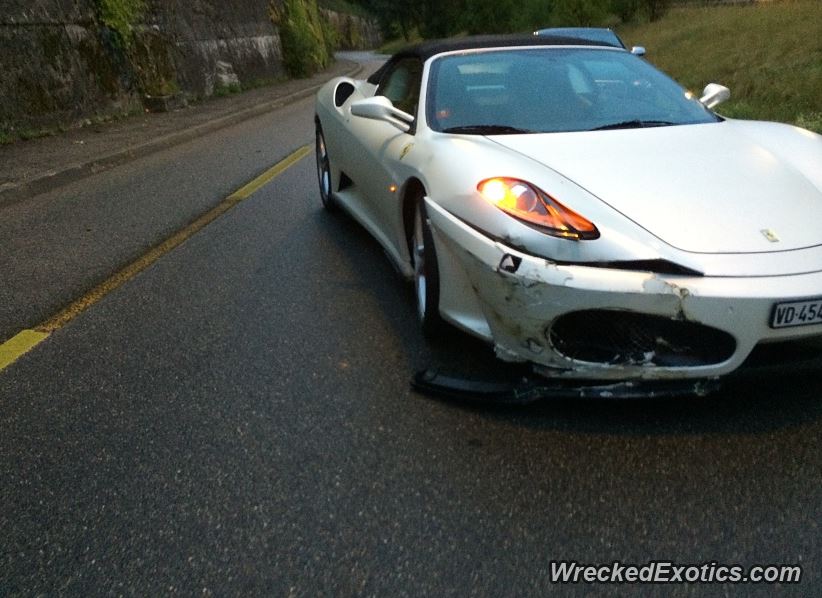 The Ferrari F430 Spider Convertible had the unfortunate event of being crashed by a 22-year old guy, who managed to destroy the supercar in Geneva, Switzerland.

The crash accident occurred after the young boy apparently lost control of the supercar on wet conditions, hit a ditch and eventually bouncing off a wall.

Even if the crash with the Ferrari F430 Spider looked pretty hard, the supermodel wasn`t seriously damaged, but the boy would have to empty his pockets for the servicing.

Another bad news is that the boy got scared perhaps and left the scene of the accident, but was eventually picked up in a Bentley and will have to face the law.

To be a reminder, the Ferrari F430 Spider, was first unveiled in Geneva a couple of years ago, with the convertible model being produced between 2004 and 2009, and soon after replaced by the 458 Italia.