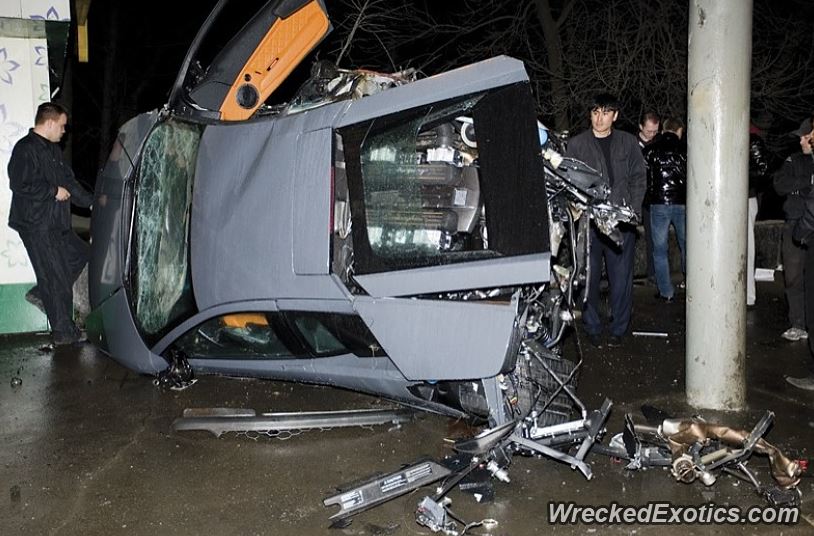 More and more exotic supercars are ending up in the scrap yard these days, after facing serious crashes in different parts of the world.

It is also the case of a 300,000 USD Lamborghini Murcielago which was involved in a car crash in Moscow, being driven by the son of the famous Russian singer Armen Grigoryan.

According to the Wrecked Exotics, the 29-year driver lost control of the supercar and ended-up into a clothing store. Perhaps the accident was also caused by the wet conditions on the road.

Fortunately, the driver was not injured, but the expensive Murcielago will end up eventually in a scrap yard in the outskirts of Moscow.

To be a reminder, the Lamborghini Murcielago was produced between 2001 and 2010, coming on the market worldwide in just 4,099 units.

The Lamborghini Murcielago was built in a two-body style, a two-door coupe as well as a two-door roadster, having a mid-engine and an all-wheel drive system.

The Lamborghini Murcielago was replaced by the Aventador model last year, the model also being involved in different accidents worldwide.