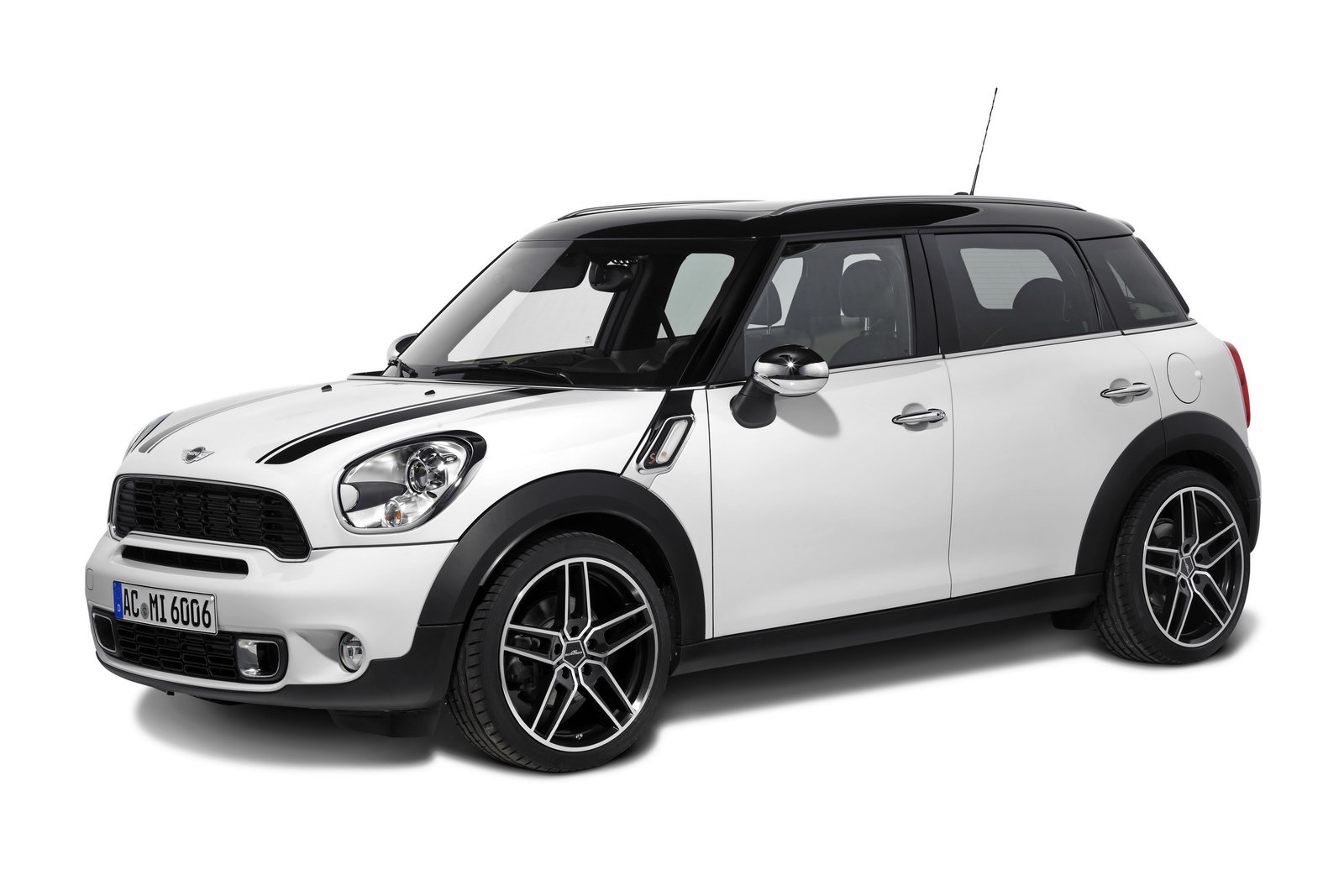 The British at Mini have a brand to worry about, and their core product is about as brand oriented as it comes.

That said though, there is a point where practicality and customers make car makers change orientation, that’s how we got the Mini Countryman instead of the Beachcomber.

So the BMW sub brand caved in and gave us a pseudo off-roader with a decent amount of practicality in the form of the Countryman.

Trouble is, in becoming a 4×4 the Mini Countryman lost some of its charm. It’s this idea, that the German tuners at AC Schnitzer want to improve upon.

Now that they’ve got a plan, they started offering a new package for the Mini Countryman.

This particular package includes a two-tone white and black exterior paint job teamed with an aluminum pedal set and gear knob and various leather trimming inside.

There’s more to be seen as the Germans are now offering a choice among four designs for the wheels and two sizes for them as well.

The look of the wheels is something that’s going to be relative to taste one thing is certain.

Because these are now either 18 inch or 19 inch in sizes the comfort has almost completely been eliminated so you might want to keep speed away from bumpy roads.

Sadly, the kit doesn’t include more but it has quite a promise for the start.