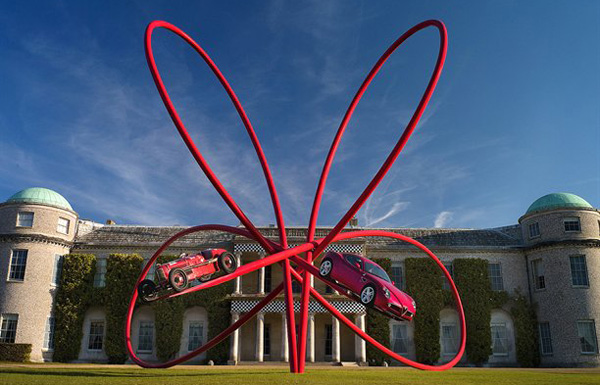 Alfa Romeo will exhibit at Goodowood an imposing sculpture in honor of 100 years old on June 24. Alongside this will be 50 collection models of the Italians.

After last year Audi has celebrated 100 years of existence with great pomp at Goodwood, this year is also a large manufacturer to celebrate its centenary at the same place. It’s Alfa Romeo, which like Audi, has prepared an impressive deployment and an impressive statue.

Located in front of Goodwood House, the sculpture will encompass two very rare Italian models, following Audi’s example, which in 2009 exposed an Audi R8 V10 and one of the first copies of Auto Union. Fiat subsidiary will suspend the imposing work of art on one of the two P2 copies existing in the world, responsible for winning the first world Grand Prix championship, held in 1925, competition that served as the predecessor of the current Formula 1 Championship.