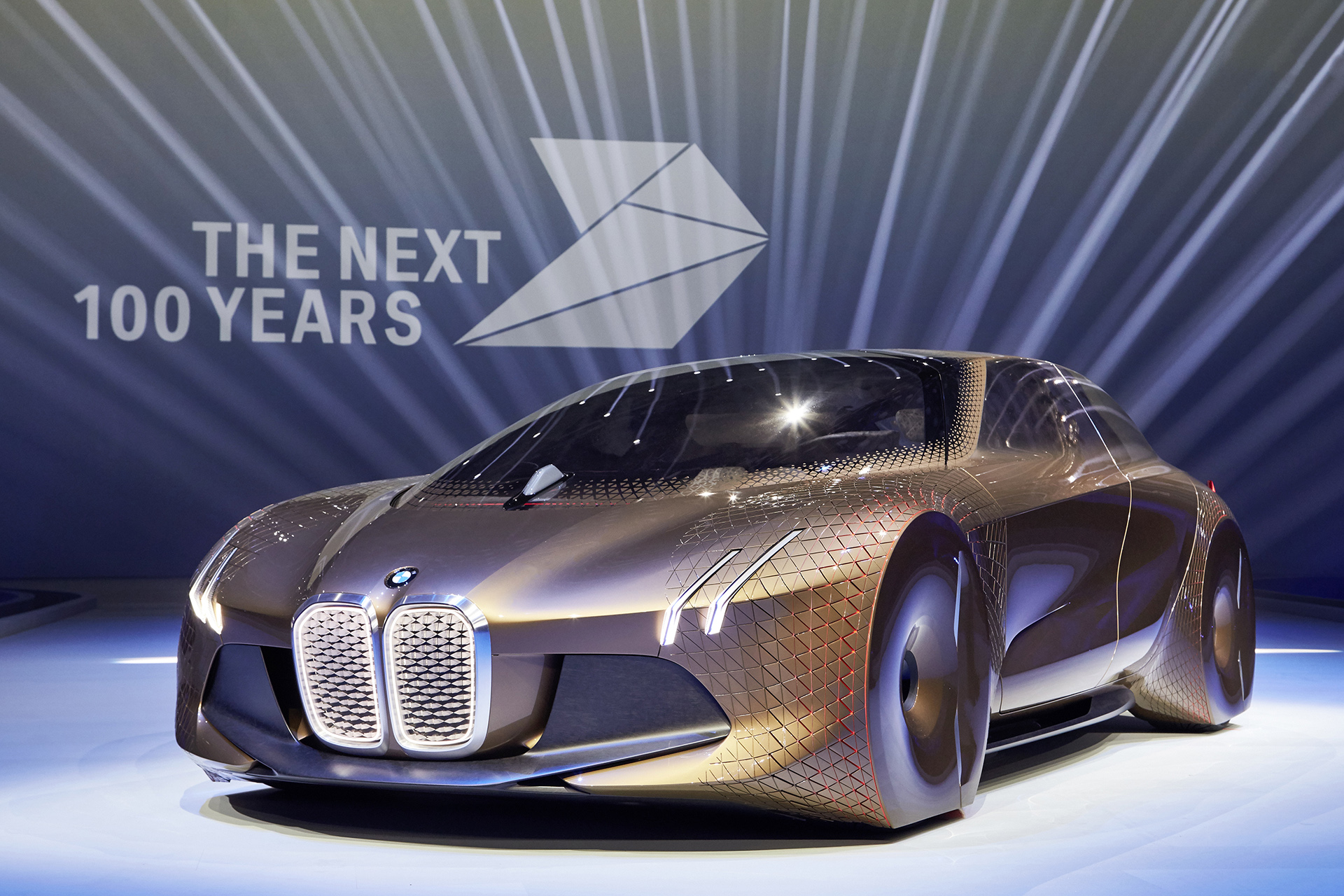 Today, BMW celebrates its centenary! We wish them many more hundreds of years! Instead of looking back at the brand’s achievements, its officials are looking forward at the next 100 years. So, how do they see the future?

As you would probably expect, the BMW’s vision of the near future contains lots of cars driven by autonomous technology, filled with connectivity systems and technologies capable to learn from people. With this image in mind, the BMW engineers designed a concept-car, called BMW Vision Next 100, which will be unveiled today, at the company’s Centenary Event, in Munich. It is an extremely customized car, which adapts perfectly to the driver’s needs, combining the sportiness of a coupe with the elegance of a sedan.

The Alive Geometry concept manages the driver’s interaction with the vehicle, offering two programs: Boost and Ease. The Boost program focuses on the driver’s best experience, by displaying useful information, like the ideal driving line, steering point and optimum speed. In Ease mode, the car’s interior changes dramatically: the centre console and the steering wheel retract, while the door trim and the seats merge to form two almost face-to-face seats. About 2.000 guests will assist the launch of the concept-car, while over 30.000 employees will see it at the Allianz Arena football stadium in Munich in a live broadcast. Anyway, all the BMW’s 122.000 employees in 140 countries will be able to follow live the event.

If you live in Beijing, London or Los Angeles, you’ll be able to see the car, during the “Iconic Impulses” tour. More, in 9-11 September 2016, everyone’s invited in Munich, at the BMW Festival – THE NEXT 100 YEARS. Also to celebrate its centenary, BMW will print a special publication. During its 13 volumes, the company’s past will blend with its future in a mix of studies, reports and interviews.