Alpine Comes Back With A Superb Concept Car: Vision 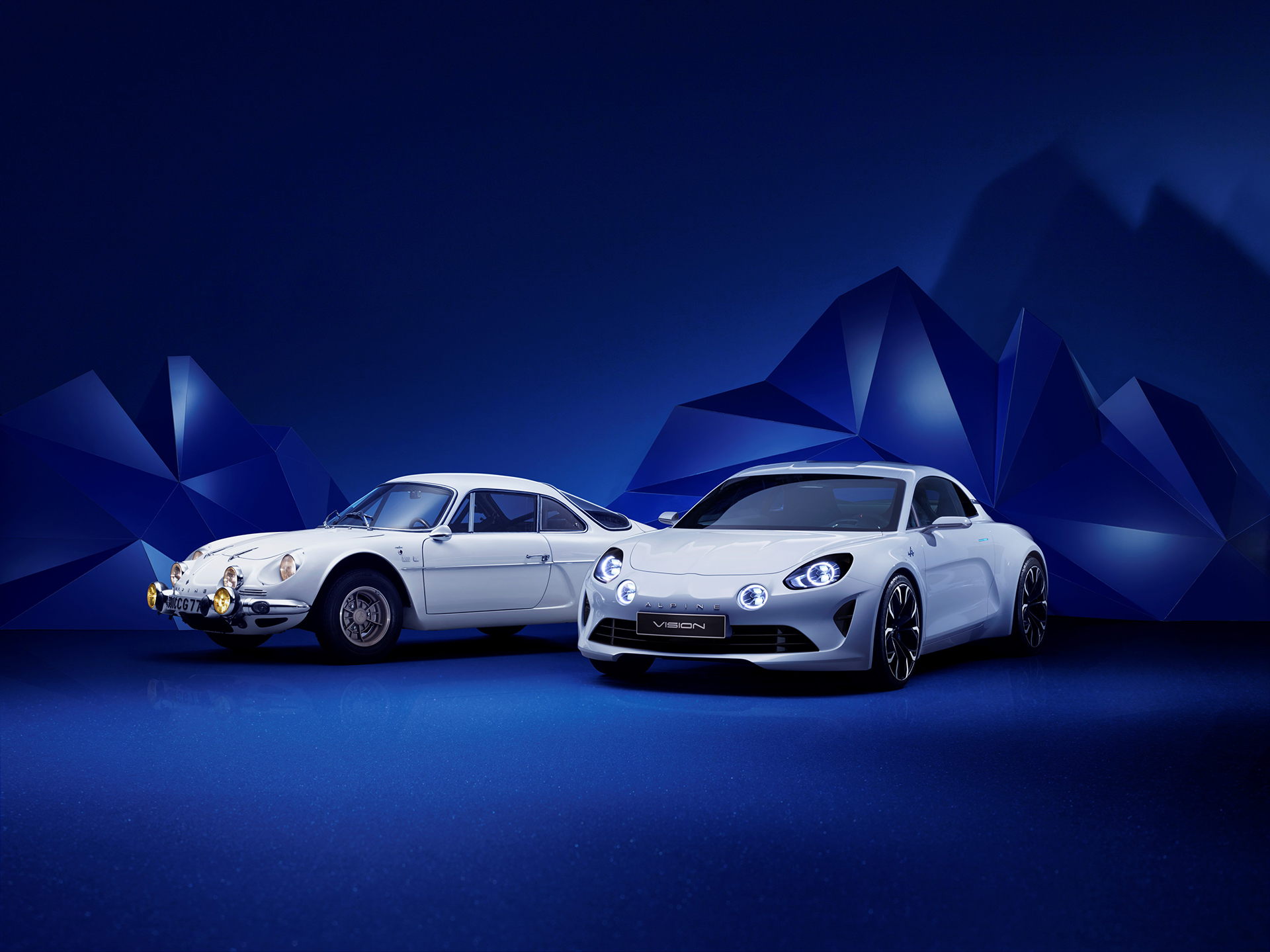 Well, that’s good news: Alpine is back! Where else but in the French Alps, the mountain that named the brand. They unveiled today a superb-looking mid-engined sports car: the Alpine Vision.

It’s for real, it will be officially presented later this year and it will enter the production in 2017. It will be sold initially in Europe, and progressively on other four continents. For its first road, the French chose the Rally Monte Carlo twisty roads, a perfect playground for a pure sport layout like Vision’s: two seats, mid engine, rear wheel drive. The design line is remarkable: we’re looking at a modern reinterpretation of the classic A110. It’s muscular, yet elegant lines blend in a unique style.

Its sculptural body is backed up by a strong mechanics, allowing a sprint from 0 to 100 km/h in less than 4.5 s. It’s a 4 cylinders turbocharged engine, probably a new one derived from the 1.6 l Turbo found in Clio RS. The interior of the concept is both sporty and luxurious, with black leather-wrapped bucket seats, aluminum and carbon fiber elements and neon-blue light on the dashboard. On the aluminum pedals there are triangles embossed, as a symbol of the Alpine peaks. The retro element in the central console is represented by the circular stopwatch, while the hi-tech touch is given by the customizable TFT display. Another racey element is the red Start button, which is covered by a pin, which protects it and gives it the “forbidden fruit” halo.