Ariel provides the police with an Atom 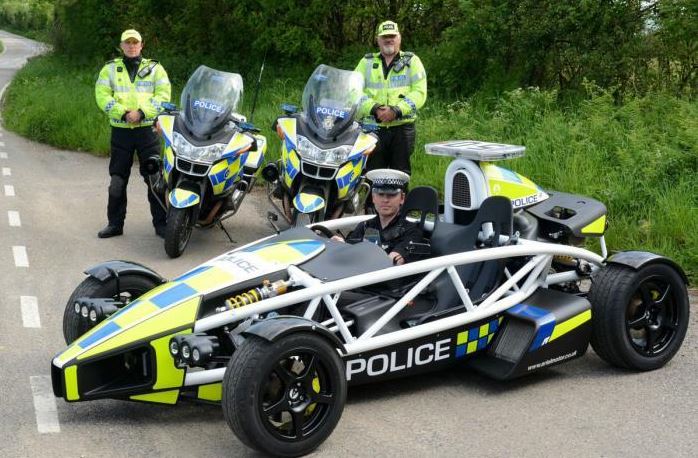 When you speak about outlandish or at the very least exuberant police cars, my mind immediately jumps to Dubai, as they have some very interesting cars in their pool.

Still, this particular Ariel Atom converted into a police car is not from Dubai, but rather from the manufacturer’s home country, UK.

The Atom has all the necessary feats of a true police car, from the distinct livery to the lights and even a siren. The 2.0 liter Honda sourced engine is also capable of delivering enough power to make this an effective police car, with 350 Hp and an acceleration time to 96 km/h of just 2.5 seconds.


Still you don’t really have to fear from the Ariel Atom police car, as it will not actually be used by the police force to chase criminals down. In fact, the project was done in order to both promote Ariel upcoming new bike and also to help with the Safe Rider campaign. Now the question remains: will the Dubai police force ask for one?