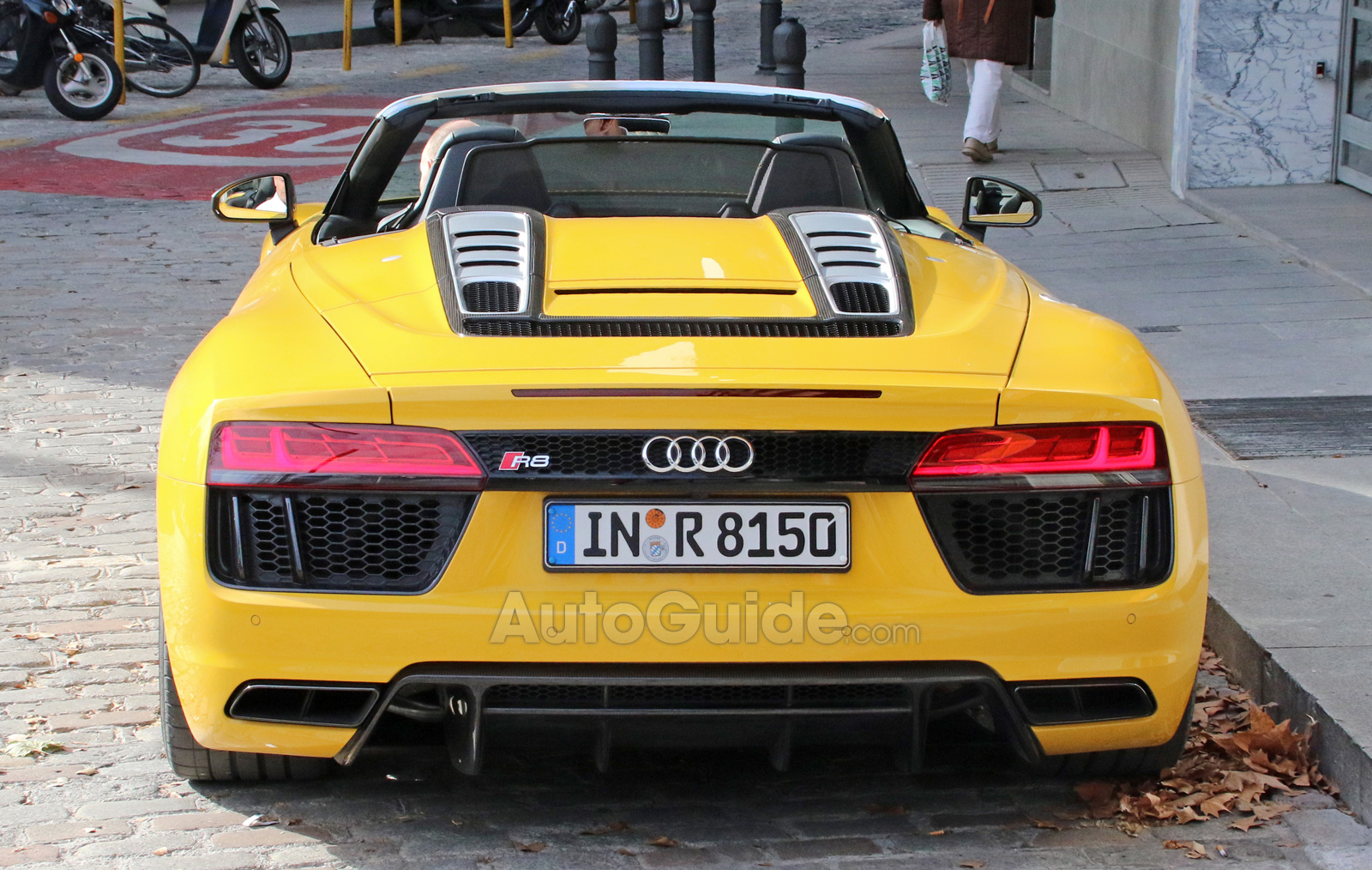 It’s not the first time the 2017 Audi R8 is spied, but it’s the first time it’s completely undisguised. And frankly, there is no story: it looks pretty much like the coupe. Not that anyone expected something else.

The only change is in the back, where a black honeycomb grille is positioned between the tail lights, most probably for extra-cooling the engine while the fabric-top is folded. When the top is on, the two massive vents from the engine bay-cover take care of the powertrain cooling.

Speaking of engines, the Spyder will probably offer the same engine as the coupe version. We’re talking about a V10, 5.2 liter engine matted to a dual-clutch transmission and an all-wheel drive system. It will probably deliver the same 540 hp as in the coupe’s case, with 70 extra hp for the Plus version. The base variant offers 540 Nm and a 0-100 km/h sprint of 3.5 seconds, while the more powerful version, equipping the R8 plus produces 560 Nm, pushing the coupe from 0 to 100 km/h in only 3.2 seconds and reaching 330 km/h. More, there are rumors saying that there will be a more settled version, equipped with a V6 turbocharged engine in compensation to the discontinued V8 entry-level. This will probably help Audi fight the massive drop in R8 sales, caused by its big price, compared to the previous generation.

The Spyder will probably be very soon officially unveiled, since it was spotted completely without any camouflage. The first occasion is the New York Auto Show, in two weeks, but Audi would probably wait another big event.