Audi AS8 by ABT Sportsline 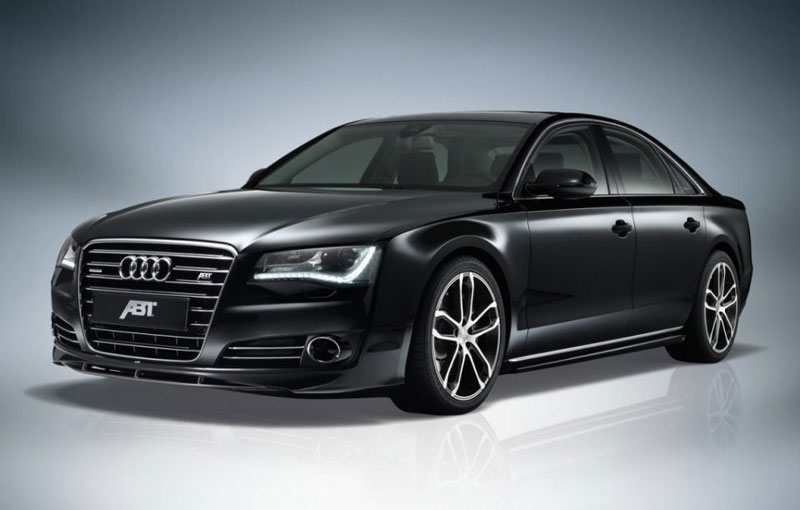 German tuners at ABT have created an improved version of the Audi A8. It was named AS8 and can produce up to 385 horsepower.

Tuners at ABT presented its vision on the Audi A8. The Germans prepared for the limousine of the manufacturer in Ingolstadt a discreet body kit and a performance package. The body kit is constituted by a redesigned front bumper, new side skirts, an air deflector that put in a new light the four tailpipes evacuation and a discreet rear spoiler positioned on the trunk. From this German equation could not miss the classic ABT CR wheels of 20 or 21 inches.

The first changed A8 have the 4.2-liter TDI V8 engine. The model is able to produce up to 350 horsepower and can develop a maximum torque of 800 Nm. Thanks to changes made by the German tuners, the power of the Audi A8 has been improved by 35 horsepower and the torque increased by 80 nm. With the new changes, the German model sprints from 0-100 km/h in 5 seconds.