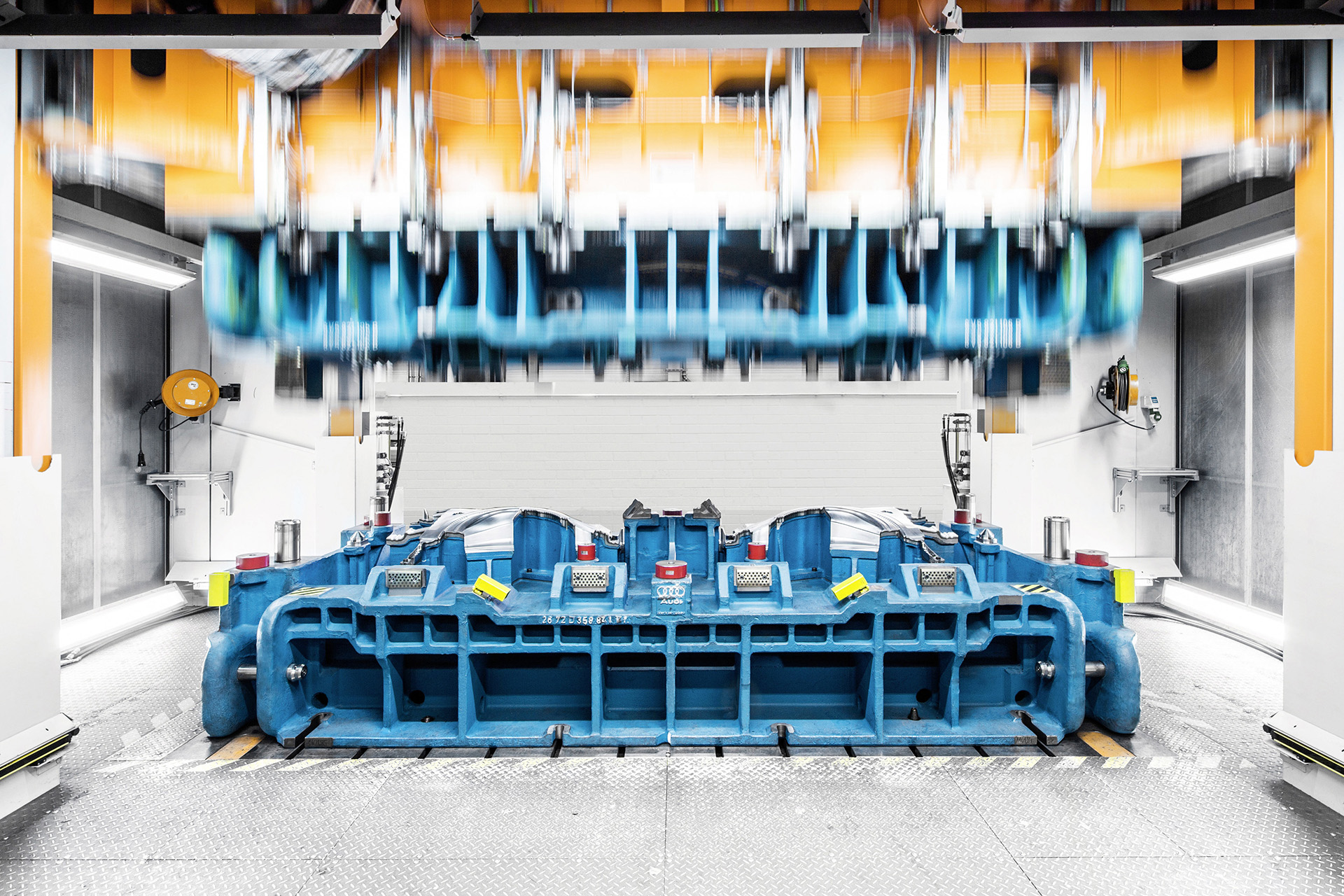 The race to supremacy moved from street to factories. Aimed by the goal of producing the best cars in their segment, Audi wants to progress in every aspect. And one of them is the technology used to build the vehicles.

What are the most important features of an electrically driven tool? Mainly, to have low energy requirements and to be as accurate as possible. Easy to say, hard to do. However, Audi did it: they developed a new generation of tools which is ten percent more stable and twenty percent lighter than the one it replaces. To realize it, the Germans relied on lightweight materials and composite methods used to build their own cars. If you buy a new Audi, there’s a good chance it was built using these tools, as they’re already in use.

The new generation smartly blends materials like iron, aluminum and plastics in the right places and perfect quantity for obtaining low production costs and weight-savings. Therefore, the tools’ weight has decreased with up-to eight tons compared to the old, cast iron made ones. Other important features of the tools are the wear and tear resistance, while being even more accurate and faster at processing sheets of metal. Despite their significantly lower weight, which allows a ten percent less energy requirements, they are also more stable than the heavy, old ones. Let’s add that, during the working process, the tools have to resist forces up to 2.500 tons. While designing the tools, the engineers have been inspired by nature, as some of the parts they used present bionic shapes derived from leaves or bones of a human skeleton. This is a good example of returning to nature!