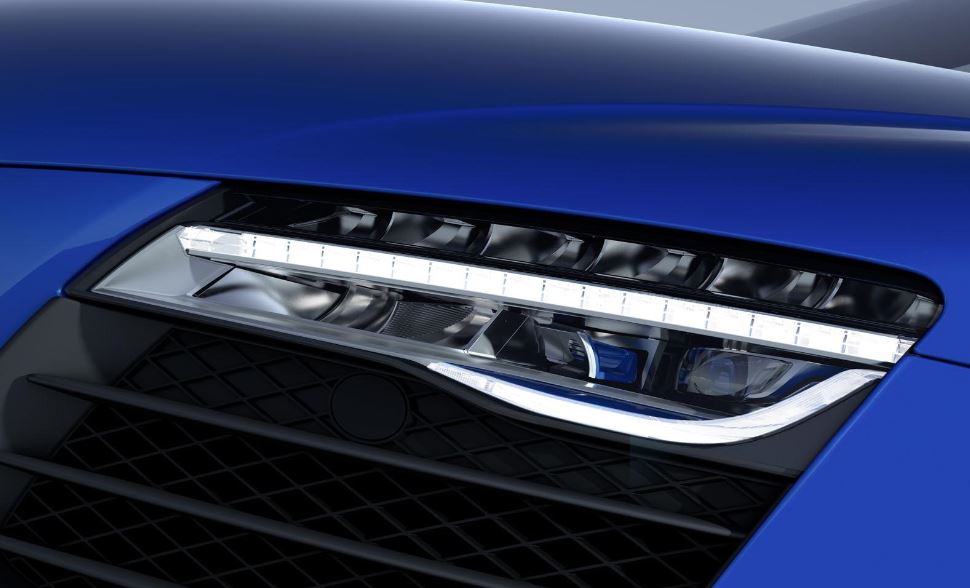 The Audi German based automaker is trying to promote the already famous R8 LMX in a new video, while emphasizing the sportscar`s laser headlight technology.

The video is showing the Audi R8 LMX in an Ara Blue paintjob, being driven by famous Tom Kristensen, while displaying the technology of the sportscar.

The Audi R8 LMX is also highlighted while wearing some carbon fiber flics, a fixed rear wing, gloss black tailpipes, the 19-inch alloys as well as the long-expected laser headlights.

Inside the Audi R8 LMX, the cabin abounds in Nappa leather on the seats, along with an Alcantara headliner, matte carbon fiber trim or the illuminated door sill plates.

Under the hood, the Audi R8 LMX comes equipped with an impressive 5.2-liter V10 engine, which now develops a huge 570 horsepower and 540 Nm of torque.

The unit is hooked to a 7-speed S tronic transmission that sends the power to the special Quattro all-wheel drive system. The sportscar will cost a staggering 210,000 Euro and will be produced in only 99 units.