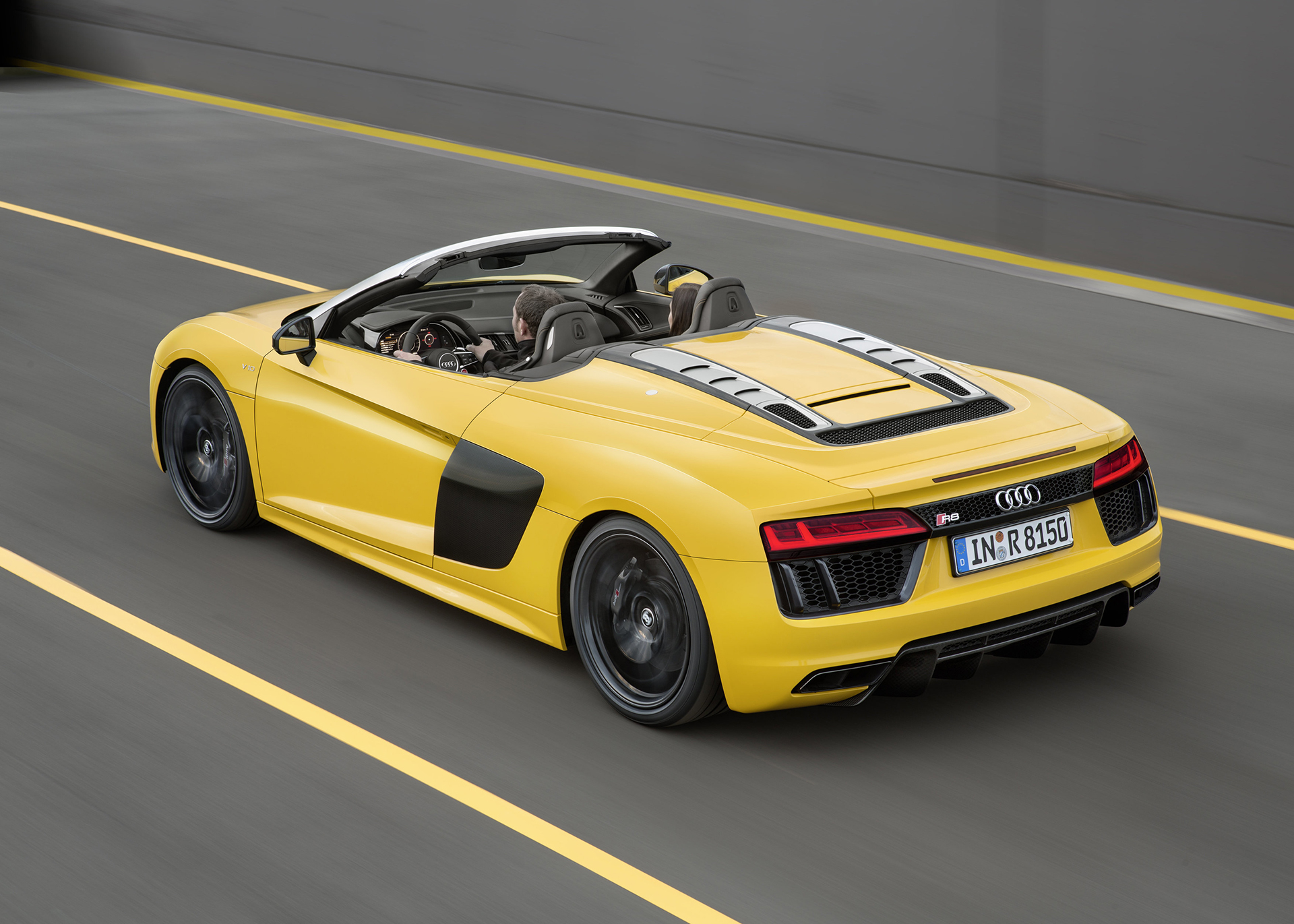 With a few days before the New York International Auto Show, it was spotted undisguised. Back then, it was clear that it’s going to be soon unveiled. Now, we can admire its sculptural body at the Audi’s stand, in NYAS.

We’re talking about the new Audi R8 Spyder V10, who just made its debut. It’s very fast, reaching 100 km/h in just 3.6 seconds, and a top-speed of 318 km/h. It’s also a purists car, thanks to its 5.2-litre V10, naturally-aspirated engine, capable of 540 hp. A new pack of technologies, including a freewheeling mode, allows the engine to be ten percent more efficient than before. Now, the Spyder has a combined fuel consumption of 11.7 l/100 km, averaging 277 g/km CO2. Partially responsible for the improved economy is also the seven-speed S-tronic, dual-clutch transmission, who send the power to the Quattro-system. From there, it can be sent to the front or rear wheels, in proportions varying from 0 to 100%, depending on the grip conditions.

The cloth hood is lightweight and operates at speeds up to 50 Km/h, the whole process taking 20 seconds. At the rear, the small window can be either retracted or extended and, with all the windows up, the turbulences felt by the occupants are minimum. It’s a well-known thing that, in the cabrio models, the frame isn’t very stiff. However, the new R8 Spyder benefits over an entirely new designed frame, with an increased torsional rigidity of over 50 percent compared to the outgoing model. More, the use of the aluminum and carbon fiber drops the total weight at only 1.612 kg. The aluminum in particular is widely used, weighing almost 80 percent of the total 208 kg of the Audi Space Frame.