Audi RS3 Sedan Gets Fresh Spy Video at the Ring, Might Be the Finished Model before Official Unveiling 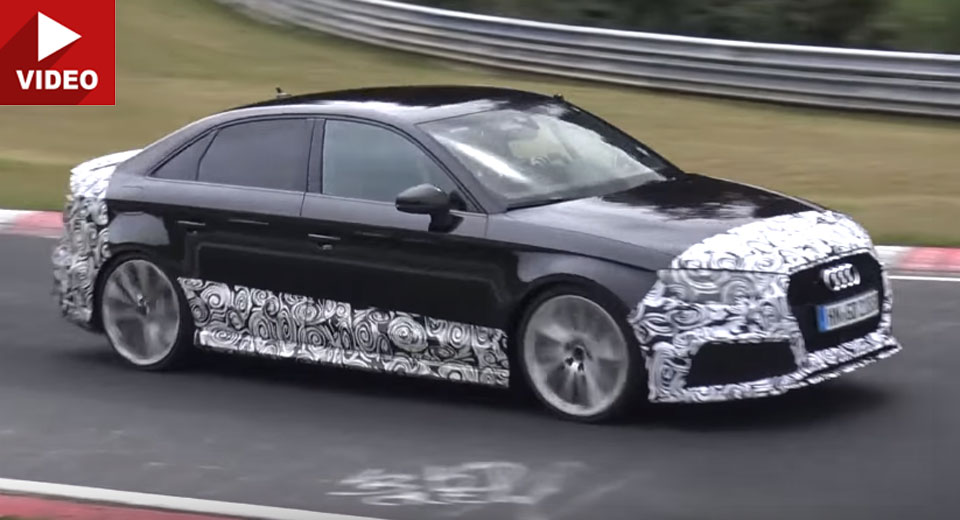 The German based carmaker has sent the all-new RS3 Sedan high-end model for some new tests at the Ring, the test mule wearing less camouflage at the front, rear and side, which is a clear indication that it is in its final stage.

I have always loved the RS line from Audi`s entire lineup and the RS3 promises to remain one of the most outstanding versions, now coming with finer design lines and impressive performance under the hood.

The details list concerning exterior or interior highlights are rather scarce at the moment, but we do have an insight on the car`s performance under the hood.

As far as we know, the all-new Audi RS3 Sedan is tipped-off with a 2.5-liter turbocharged flat-four mill, with around 400 horsepower, which will place it above the RS3 Sportback and TT RS…other two important flagships within the carmaker`s lineup.

The new RS3 Sedan`s engine will also send the power to all four axles via a seven-speed dual-clutch transmission with paddle shifters. Again, there is now news concerning the performance figures.

Once it will come out in Europe and later on in the United States next year, the Audi RS3 Sedan will become the main competitor of the Mercedes-AMG CLA45.

Until further news, please feel free to watch the gorgeous RS3 Sedan at the Ring while tackling the corners at high-speeds! Don’t forget to use the comment section for your impressions!