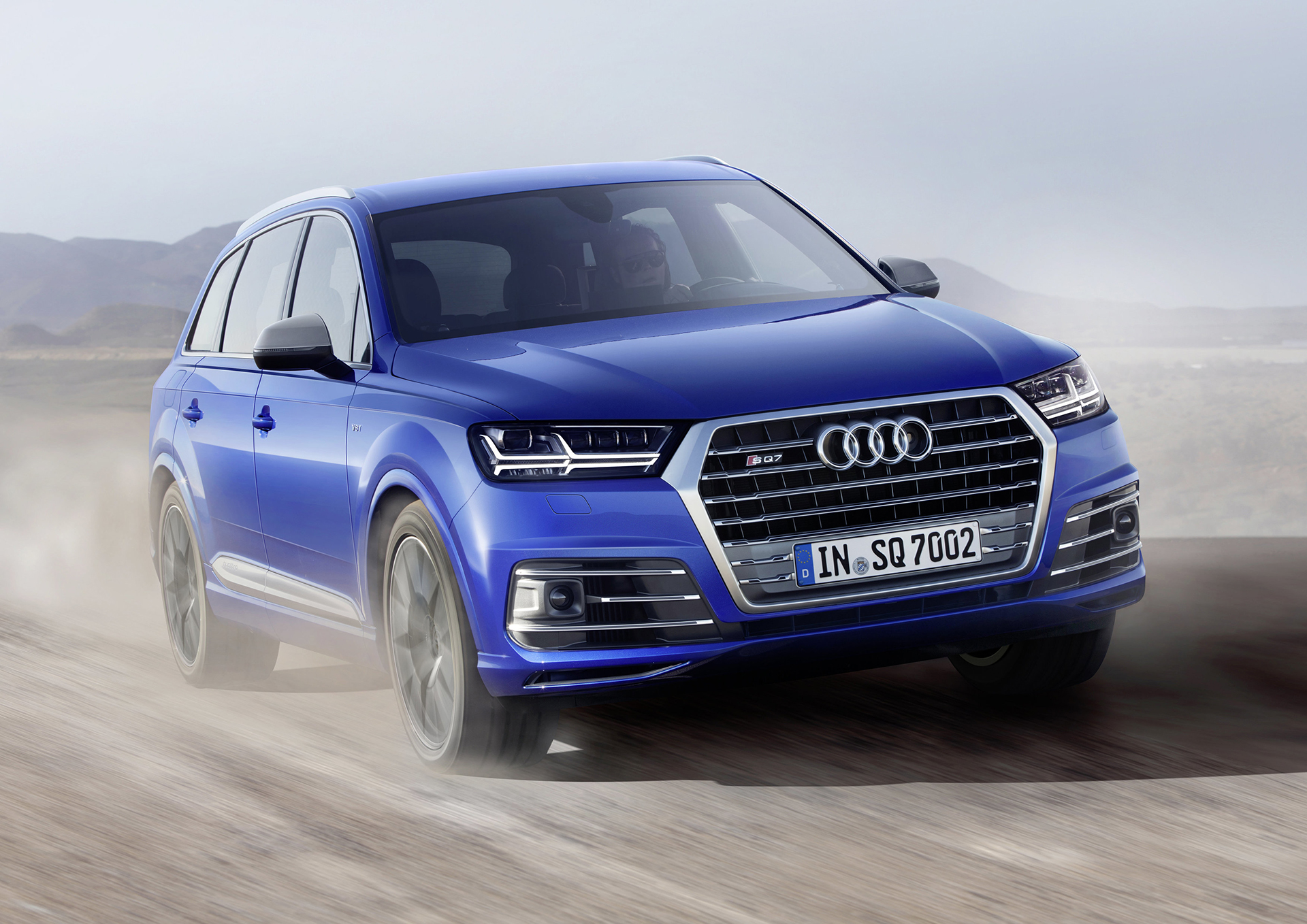 Do you know those weak, cheap electric compressors for sale on the internet? Well, Audi equipped one of its most expensive cars with one! Anyway…probably not as weak and not as cheap, since it helps the Q7 develop 900 Nm, and becoming SQ7!

Certainly it’s not cheap at all and it’s the first electric powered compressor to be mounted in a production car. The SQ7’s heart is a V8, 4.0 liter TDI engine, developing 435 hp and a hugely impressive 900 Nm! Despite that power, it only needs an average 7.4 liter at each 100km, which sounds more like a six-cylinder engine fuel consumption. All the force comes from two turbochargers which are selectively activated: at low and intermediate loads, only one turbine works. The second turbine enters the scene only when a greater power is needed.

But when is the compressor used? Only at low engine speed, when greater torque is necessary. It practically eliminates all the inconvenience of classic turbo systems, with zero turbo-lag. To be honest, not quite zero, but 250 milliseconds are enough to spin up to 70.000 rpm. Let’s translate it in real-life drivability: all the 900Nm torque is available between 1000 and 3250 rpm! In other words, it accelerates like an electric car! In other words…it does 100 km/h in 4.8 seconds and reaches 250 km/h!

The electrical system, also supporting the compressor amongst other components, have its own 48V battery-pack, situated under the rear seats. After all these science-fiction details, no other information can surprise anymore. Oh, maybe just one: it will be available to order in spring and it will cost €89.900 in Germany.