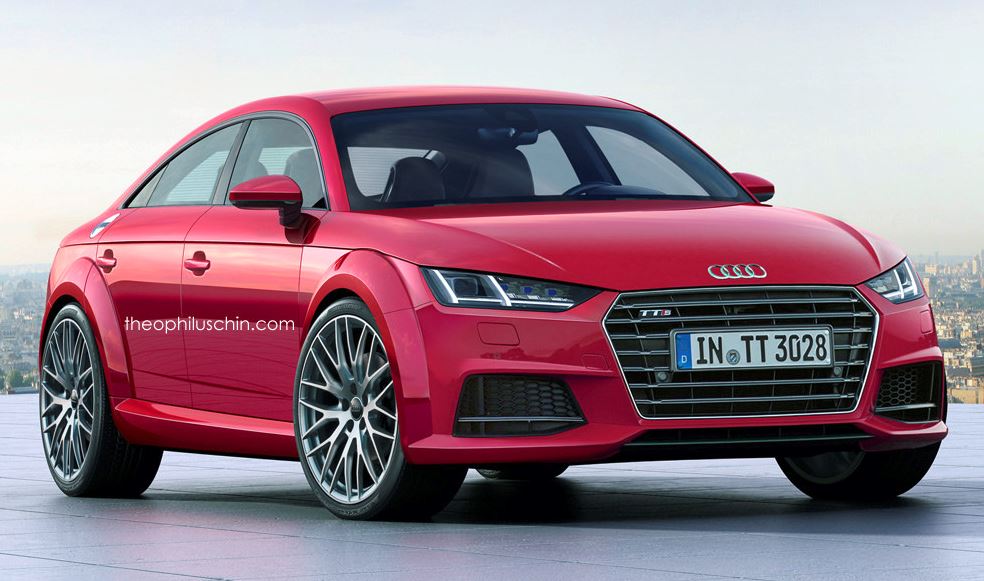 The Audi TT Sportback has been recently rendered online in what seems to be the final version before entering the market, somewhere next year.

The two renderings are signed by the famous designer Theophilus Chin and are showing the Audi TT Sportback wearing a different body style than the one seen at the 2014 Paris Motor Show, where the model was unveiled just a week ago.

Of course that the model unveiled in Paris is not the final version, as the carmaker might add up some final touches with inspiration from these renderings, before entering production.

The Audi TT Sportback unveiled at the 2014 Paris Motor Show as a concept car, is coming with a 2.63 meter wheelbase, which means that the model is longer with around 29 cm than the TT Coupe version.

Under the hood, the Audi TT Sportback is powered by a 2.0-liter four-cylinder TFSI engine, developing 400 horsepower and 450 Nm of torque, hooked at a 7-speed S tronic transmission.