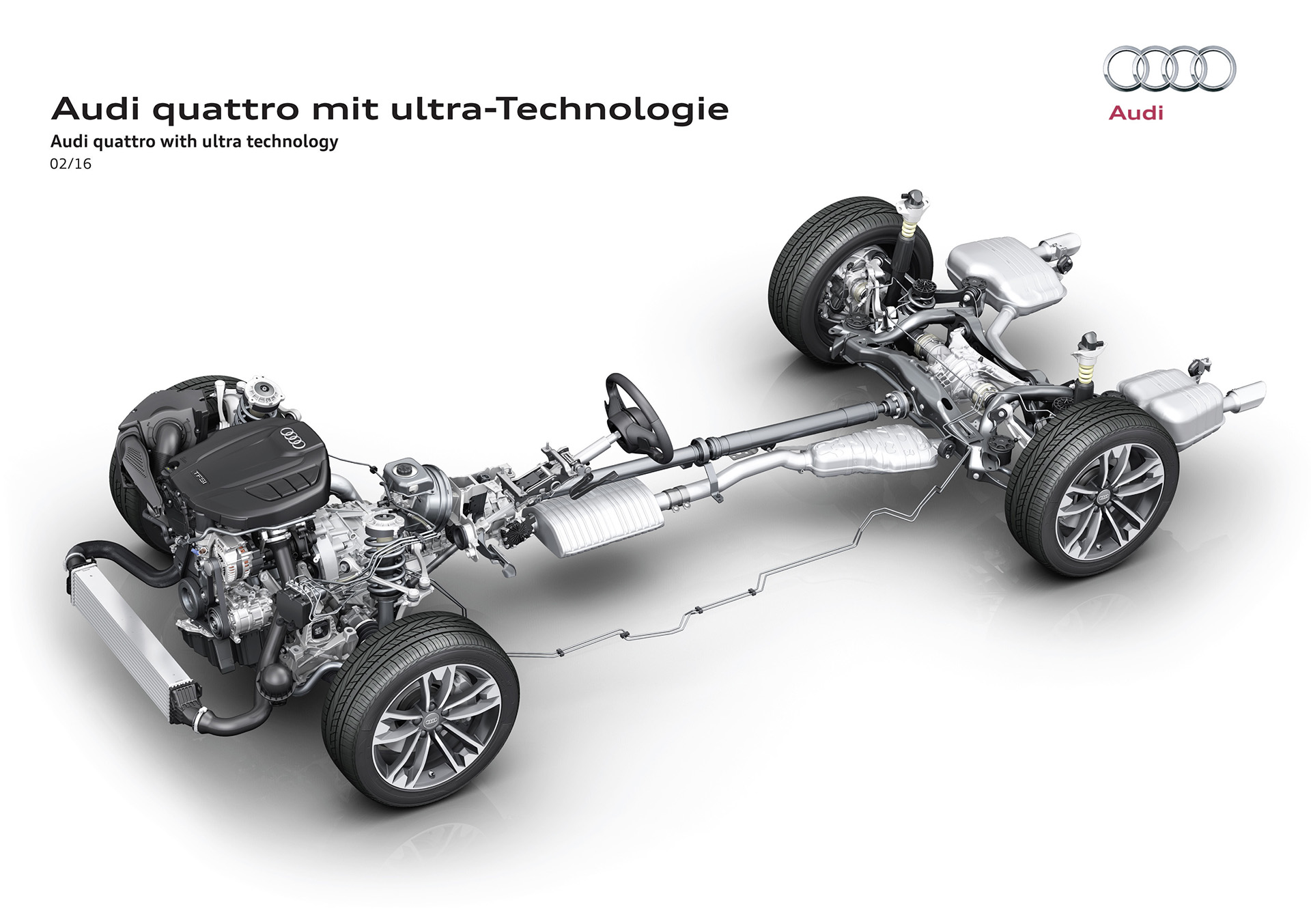 Despite having some of the most economic cars on the market, Audi makes a step further, launching the Quattro system that doesn’t increase the fuel consumption.

They called it ultra quattro. Put the two words separately, and there’s nothing new: Audi already builds cars equipped with ultra technology, not to talk about the historical Quattro system. However, it is the first time when the two systems work together, and it’s more interesting than you would probably expect. How does it work? Normally, the system sends 100% of the power to the front wheels, thus sparing the energy needed to power the rear axle. However, a group of sensors continuously detect the steering angle, each wheel’s grip and the throttle pedal position. Then, the information is sent to another sensor, located into the gearbox. This one anticipates within a half of a second if one of the front wheels will lose traction, sending the power to one or both rear wheels.

Another situation is when the driver drives in a sporty manner. In this case, the rear propulsion is automatically activated, so it eliminates the surprise element. Finally, a third possible situation is the sudden loss of traction, which can appear when driving from tarmac to the ice. In this situation, the system reacts immediately and sends some power to the rear wheels. The whole system weighs about 4 kg less than the current one and the first model to be equipped with it will be the A4 Allroad. In the end – how much will it save? According to Audi, the new technology will lower the average fuel consumption with 0.3 l/100 km.