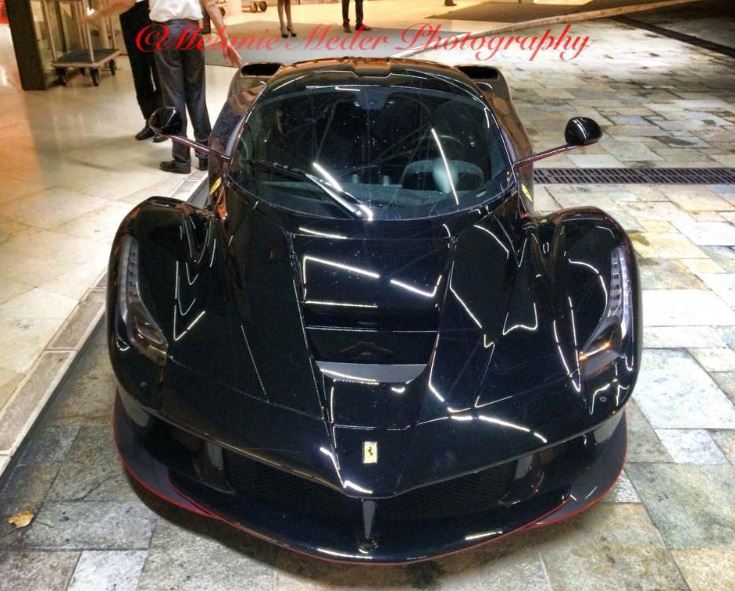 A Ferrari LaFerrari all wrapped in black, has been recently seen on the streets of Monaco, with rumors to state that the supercar belongs to the famous Formula 1 driver Felipe Massa.

The Ferrari La Ferrari supercar has been favored by many superstars, like Jay Kay from Jamiroquai, Sammy Hagar, Cristiano Ronaldo the list continuing with Felipe Massa.

The Ferrari LaFerrari was first launched to the public at the 2013 Geneva Motor Show, with the model to rival the Porsche 918 Spyder and the McLaren P1.

In terms of performance, the Ferrari LaFerrari is sporting a huge 6.3-liter V12 unit under the hood, backed by an electric motor.

Both the engine and the electric motor develop an overall output of massive 950 horsepower and impressive 900 Nm of torque.

Due to the high powertrain, the Ferrari LaFerrari is capable of sprinting from 0 to 100 km/h in less than 3 seconds, with the hypercar to reach a top speed of 350 km/h.