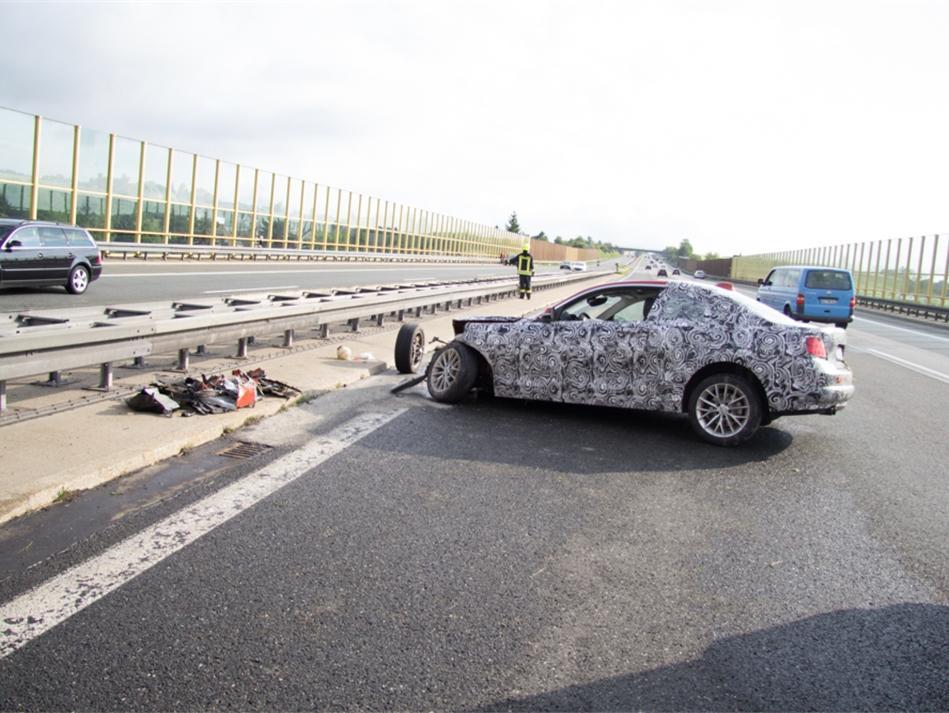 A quite surprising accident happened today on the German Autobahn, as a prototype of the new BMW 2 Series Coupe hit the side barriers.

Fortunately, the driver got away with just few minor injuries even though the accident happened at a considerable high speed. This was also the main cause of the accident, according to the current details.

We don’t see prototypes getting crashed too often as the man behind the wheels is usually a professional driver. However, it seems that incidents could happen even when carmakers are testing new models.

If you want to think positively, BMW gains some points at the safety department as despite the severe crash, the driver escaped with no major problems.

The new BMW 2 Series Coupe is scheduled to premiere at the upcoming Frankfurt Motor Show with BMW to open orders later this year.